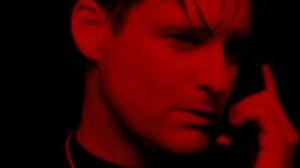 Lynch’s visionary masterpiece presents a neo-noir world complete with hot jazz, murderous husbands, porno, and haunted houses, earning the filmmaker a welcome comeback after a five-year absence from the big-screen. The Moebius strip plotting is also a structural precursor to Mulholland Dr. and Inland Empire. The exhilarating, powerful, and provocative film also demonstrates Lynch’s knack for hiring great actors, and the supporting cast includes odd and memorable turns from Robert Loggia, Robert Blake, and, in his last movie, Richard Pryor. Mary Sweeney served as editor and co-producer and the screenplay was co-written by Lynch and his Wild at Heart collaborator, Barry Gifford. A new 4K DCP, scanned from the original 35mm negative, will be screened. 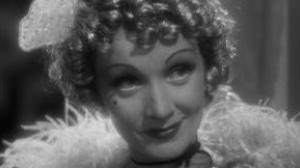 As a down-and-dirty saloon singer and a gun-averse lawman in a thoroughly corrupt frontier town, Dietrich and Stewart light up the screen in this enduringly influential comic-western. Director Marshall’s sui generis oater somehow manages to spoof the western genre while also being a sterling example of said genre at its finest. With its hoofprints evident in scores of comedic westerns to follow, and practically a blueprint for Blazing Saddles, Destry stands the test of time as a truly pioneering classic. Presented in a new 4k digital restoration by Universal Pictures in collaboration with The Film Foundation. (BR) 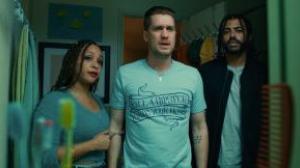 In a gentrifying Oakland, CA, black-and-white best friends Collin (Diggs) and Miles (Casal) work for a moving company while practicing their rapping. Tensions rise between the two pals when the on-parole Collin witnesses a violent incident involving police. Acclaimed at the 2018 Sundance Film Festival, Blindspotting has been called “the most exciting cinematic take on contemporary race relations since Do the Right Thing nearly thirty years ago” (Peter Debruge, Variety). 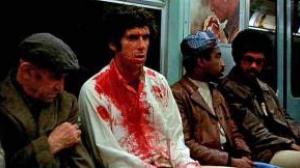 In a thoroughly dystopian NYC, emotionless photographer Alfred Chamberlain (Gould) trudges passively through daily life, until one day, he is saved from a mugging by a kindly interior designer (Rodd). Their ensuing romance re-humanizes Alfred and makes things exponentially worse for all involved. Arkin’s feature directorial debut is a hilarious and terrifying adaptation of Jules Feiffer’s shattering stage play, and features an unforgettable comic turn by Gardenia as Robb’s father. (BR) 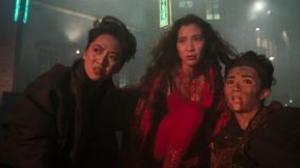 Initially on opposing sides, Wonder Woman (Mui), Thief Catcher (Cheung), and Invisible Girl (Yeoh) unite their ass-kicking special skills to defeat a creepy eunuch and his plan to bring back the Ming Dynasty. The dizzying action in this Hong Kong classic is the trademark of both director To and producer Tsui Hark. A newly restored 4K DCP will be screened. 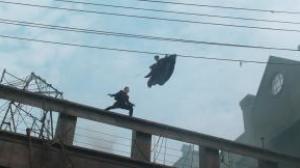 In this post-apocalyptic sequel to The Heroic Trio, Hong Kong’s water supply has fallen into the hands of a masked maniac intent on seizing political power—forcing Wonder Woman, Thief Catcher, and Invisible Girl to settle their differences and once again unite to stop him. Notably darker in tone than its predecessor, Executioners finds director Johnnie To continuing to push his whirlwind action set pieces to new heights of cartoon craziness while adding grungy, dystopian atmosphere and a fresh dose of anti-authoritarian attitude. 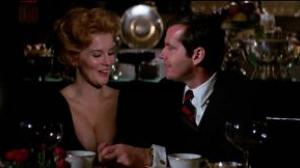 One of the most controversial movies of the early 1970s follows the sex lives of the aggressive Jonathan (Nicholson) and his envious pal Sandy (Garfunkel) over a 25-year period. “Before toxic masculinity was even a term, Nichols and screenwriter Jules Feiffer explored the subject with such savagery and precision that, even half a century later, the film retains its power to unnerve almost everyone who sees it” (Mark Harris, Mike Nichols, A Life). A newly restored 4K DCP will be shown. 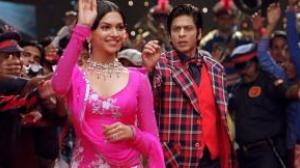 "Singing, dancing, pratfalls, romance, preening machismo, convoluted reincarnation plots--what more could you want from the movies? India’s most visible cinematic export, the Bollywood-popularized ur-genre known as the masala film, offers all of these things, a formula for success that has resulted in some of the most internationally popular films ever made. A watershed blockbuster and one of the most beloved films the industry has produced, Om Shanti Om became an enduring hit with fans of Indian cinema through affectionately skewering the overblown spectacle and theatrical sentimentality of Bollywood while still serving up plenty of its own elaborately staged production numbers and genuine soap operatics. Opening in 1970s Mumbai, the moment when the city would begin to develop its reputation as an epicenter in international film production, Om Shanti Om introduces Om Prakash Makhija (played by Bollywood superstar Shah Rukh Khan at the height of his fame), a buffoonish background player intent on worming his way into movie stardom, and subsequently finds him embroiled in all sorts of business involving a scandalous pregnancy, a cursed movie script, and a cross-generational supernatural revenge plot. Directed with abundant personality and visual panache by superstar choreographer Farah Khan and jam-packed with affectionate nods towards Indian cinema’s past glories, Om Shanti Om is about as perfect an introduction as the Bollywood newcomer can find around, and as rapturous an ode to the industry as long-time devotees could ever wish for." (Cameron Worden, Chicago Film Society). Print Courtesy Chicago Film Society. 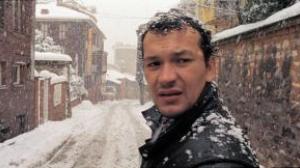 In search of work in Istanbul, an unemployed country farmer stays with his urbanized photographer cousin in a small one-bedroom apartment. Subtly and believably, tensions begin to mount between the two grown men until there is an inevitable confrontation. Ceylan’s wonderfully nuanced and sometimes darkly funny study of an uncomfortable domestic arrangement won the top acting prizes at the Cannes Film Festival for the two leads Toprak and Ozdemir. Presented with the support of Middle East Studies at UW-Madison. 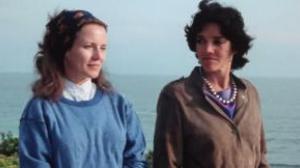 Fleeing an unhappy marriage and returning to her Rhode Island hometown, Jo (Adams) attempts to close old family wounds but winds up entangled in the even messier problems of the equally troubled Donna (Van Devere). Originally shown on PBS, but never released theatrically until 2022, this powerful and quietly observed drama is the work of writer-director Michael Roemer, best known for two other wonderful American independent features, Nothing But a Man (1964) and The Plot Against Harry (1971, but unreleased until 1989). “The rediscovery of a third Roemer feature as good as the others is a cause for celebration, and something of a miracle” (A.S. Hamrah, Screen Slate). A new 35mm print, courtesy of The Film Desk, will be screened. 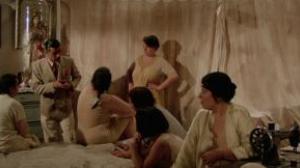 Wertmüller’s lusty meditation on the madness of World War II looks at the war’s impact on little people like Pasqualino (played brilliantly by a wide-eyed and wiry Giannini). After murdering a pimp who recruited one of his seven sisters to a brothel at the outset of the war, Pasqualino is arrested and conscripted into the army. Like Yossarian of Joseph Heller’s Catch-22, Pasqualino encounters a rogue’s gallery of criminals and commandants who he must cleverly and desperately navigate in order to survive. By turns impish and harrowing, madcap, and deeply sad, Wertmüller fashions a sweeping and moving tale of sex and survival in wartime Europe. The film found extraordinary international success upon its release, earning Giannini an Oscar nomination for Best Actor. Wertmüller made history with Seven Beauties by becoming the first female filmmaker to be nominated for a directing Oscar. (JB) 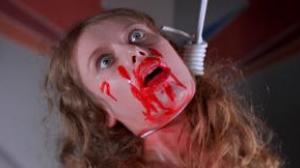 An aspiring ballerina (Harper) gets more than she bargained for when the prestigious European dance academy she transfers to turns out to be a hotbed of murderous supernatural doings. Director Argento’s horror classic - generally considered his best film - is a ravishing feast for the eyes and ears, with an overwhelmingly saturated color palette (the better to see all of that blood) and immersive sound design (truly cacophonous) and an iconic, baroque musical score by Argento’s band, Goblin. Suspiria is a surreal, Technicolor nightmare, the stuff bad dreams are made of, and, just in time for Halloween, best experienced on the big screen. A stunning new 4K DCP will be screened. (BR) 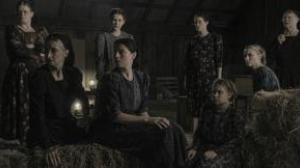 Acclaimed by critics and audiences at this year's New York, Toronto, and Telluride Film Festivals, Women Talking is the latest feature from writer-director Sarah Polley. The story centers on several generations of women in an isolated religious colony, who have gathered in a hayloft to discuss their future after a series of sexual assaults. Grappling with their faith after confronting reality, the women must decide between leaving their community or staying and fighting. An adaptation of a novel by celebrated writer Miriam Toews, who grew up in a Mennonite family, Women Talking puts the spotlight on several of contemporary cinema's finest actors: Frances McDormand, Jessie Buckley, Claire Foy, Rooney Mara, Judith Ivey, Sheila McCarthy, and Ben Whishaw. This special free sneak preview is presented courtesy of Orion Releasing and Allied Global Marketing.

Highlighting works produced in Communication Arts Media Production courses at UW Madison, this program is curated by the instructors of documentary and narrative production courses and gives new filmmakers the opportunity to present their films on screen for the first time.