The latest and greatest in global cinema comes to Madison with the UW Cinematheque’s new Thursday-night Premieres series. Join us each week for early or exclusive looks at the most exciting films being created today from all corners of cinema, ranging from major new works by arthouse icons, invigorating debut features, action-packed international blockbusters, and the year’s most beloved documentaries. Think of Premieres as the fall edition of our Wisconsin Film Festival, and the UW Cinematheque as Madison’s home for the very best in contemporary cinema. This series was made possible by a generous donation from an anonymous cinephile.  (MK) 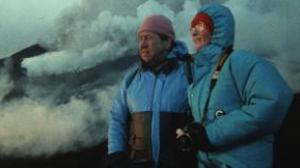 One of the year’s great cinematic love stories is this spectacularly beautiful documentary about French volcanologists Katia and Maurice Krafft. Throughout the 1970s and 80s, this daredevil couple roamed the planet, edging right up to active eruptions to capture reel upon reel of truly extraordinary footage. Eye-popping and heart-rending, Fire of Love is a big screen adventure like no other. “More than a mere nature documentary… one of the most moving and mesmerizing films of the year” (The Atlantic). “Enthralling. The most staggering, terrifying, and beautiful imagery of nature ever recorded” (Variety). (MK) 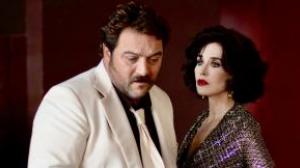 Casting about for his next muse, a blustery auteur falls headlong for a lithe young boy toy, initiating a tempestuous affair that threatens to destroy his career and sanity. Ozon’s loose and sexy riff on Rainer Werner Fassbinder’s masterful melodrama The Bitter Tears of Petra von Kant cannily gender-swaps the lead roles, resulting in a florid, pillow-talk dialogue between two generations of queer cinema icons. (MK) 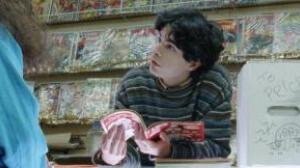 A gifted but self-absorbed teenage cartoonist bails on his comfortable suburban life to pursue his artistic passion straight into the gutter. Subletting a scary apartment in Trenton, he enters a cracked milieu of freaks and weirdos who seem ripped from the pages of his beloved underground comics. Full of memorable New Jersey misfits and produced by the Safdie brothers, this charmingly scrappy indie carries on the acerbically witty tradition of classic comix artists. “A deliciously dark coming-of-age comedy” (The Guardian). (MK) 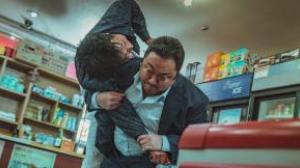 Train to Busan’s Ma Dong-Seouk stars a take-no-prisoners detective in this rollicking action comedy that has become South Korea’s runaway box office smash of the year. Dubbed “The Beast Cop,” Seoul’s answer to Dirty Harry tracks a group of criminals to Vietnam and back, sparking nonstop mayhem every step of the way. This witty, ass-kicking blast is a global blockbuster cranked all the way up. (MK) 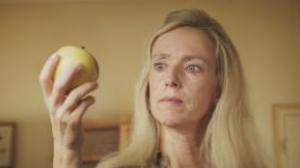 A couple buys a house in the suburbs with a one-of-a-kind amenity that will change—or maybe destroy—their lives. They want to show their mind-bending discovery off, but it turns out the neighbors have something even weirder going on. The funniest film yet from absurdist extraordinaire Dupieux (Rubber, Deerskin) is a farfetched, droll, and definitely untrue yarn that’s best left unspoiled. (MK) 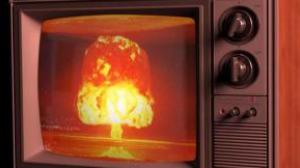 Originally broadcast on November 20, 1983, the controversial TV movie The Day After explored the devastating effects of nuclear war on the community of Lawrence, KS, where the movie was actually filmed. The ABC broadcast made an astounding impact during the Cold War era, a time when President Reagan pursued his “peace through strength” policies of nuclear weapon buildup. Combining television footage of the promotional hype alongside interviews with filmmakers, ABC executives, and residents of Lawrence, Television Event traces the full history of production and the powerful residual effects of The Day After’s airing. After the screening, a virtual discussion with Television Event’s director, Jeff Daniels. Presented with the generous support of The William F. Vilas Trust. 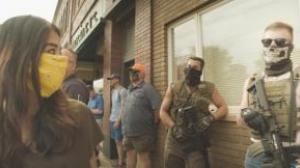 This intimate documentary portrays one Asian American family living in rural Michigan during the dual pandemics of COVID-19 and rising racial animosity.  While their main goal is to keep their family-run restaurant afloat, filmmaker David Siev and his siblings are also on a journey to figure out their place in their family, their town, and the world. After the screening, David Siev will join us in person to discuss his powerful movie. (LKL) 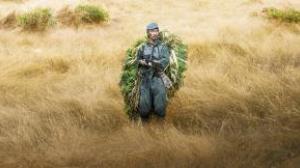 A war saga that unfolds almost entirely in peacetime, this captivating epic brings the legendary true story of Japanese Lieutenant Hiroo Onoda to vivid life. Late in WWII, Onoda was sent on a secret mission in a remote Philippines jungle—refusing to believe the war ever ended, he lived there for nearly 30 years, while the world moved on. Onoda’s fascinating time in the jungle was recently the subject of Werner Herzog’s bestselling first novel, The Twilight World. (MK) 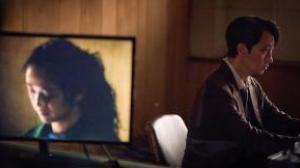 This seductive, twisty neonoir is first movie in six years from South Korean master Park Chan-wook (The Handmaiden, Oldboy). A straightlaced detective investigating a suspicious death begins to fall for the victim’s beautiful young wife—even as history begins to repeat itself. Winner of the Best Director prize at Cannes, Park’s romantic thriller is the work of “a world-class artist at the top of his game” (The Hollywood Reporter). (MK) 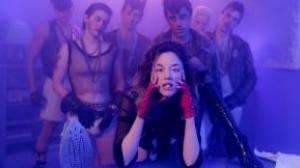 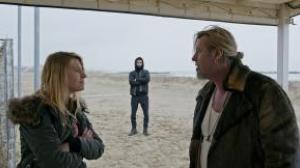 Long past his meager prime, washed-up crooner Richie Bravo has been reduced to miniscule gigs in Italian tourist traps during the chilly off-season. Bombed out of his mind while belting out cheesy pop tunes of yesteryear for an audience of swooning seniors, he makes ends meet selling his bloated body to the most desperate among them. Until his daughter shows up. Master filmmaker Seidl’s characteristically provocative and caustic vision is anchored by a superb lead performance by Michael Thomas. (MK) 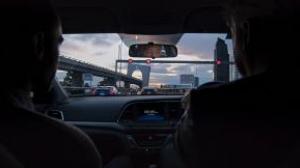 One of the year’s great cinematic revelations is this minimalist epic, filmed almost entirely from the backseat of a sedan on the Melbourne highway. A middle-aged barrister commutes home from work, calls his mom and wife, and is sometimes joined by a younger coworker (director Easteal). Over the course of several rides brimming with casually philosophical conversations, we come to know these often unseen characters as deeply as if they were in our own lives. “A tremendous achievement, and, in a subtle way, an amazing work of art” (The Guardian). “A most evocative, soul-replenishing journey… this is an astonishingly full-rounded, richly textured portrait of a life, epic in size and scope” (The Film Stage). (MK)