Spring 2020 special presentations will include the rare Egyptian feature, The Night of Counting the Years (Al-Mummia), in a restored 35mm print from Cineteca di Bologna . Plus, Bela Tarr’s seven-hour opus Satantango; a 35mm presentation of Kiss of the Spider Woman shown in conjunction with the Center for the Humanities Great World Texts program; a restored DCP of the action classic The Great Escape presented by scholar Dana Polan; Ruth Gordon and George Segal in Carl Reiner’s outrageous black comedy Where’s Poppa?; and Francis Ford Coppola revisits and re-edits one of his most under-appreciated movies with The Cotton Club Encore. 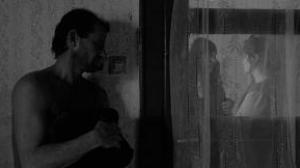 Legendary for its uncompromising length as much as its indisputable power, Bela Tarr’s mammoth masterpiece secured his permanent position in the art cinema canon. Set in an unforgettable post-apocalyptic landscape etched in rich black-and-white cinematography, Satantango follows members of an agricultural community awaiting a financial windfall. A fixture on all-time best-of lists, the hallowed experience of Satantango in a theater is an essential notch in any cinephile’s belt. “Enthralling for every minute of its seven hours.  I’d be glad to see it every year for the rest of my life” (Susan Sontag). “In many ways my favorite film of the 1990s” (Jonathan Rosenbaum, Chicago Reader). Our screening will be shown with one short intermission and a 90-minute dinner break starting at 5:30 p.m. (MK) 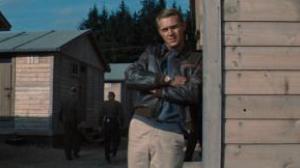 A group of Allied POWs attempt a daring escape from a Nazi prison. Pooling their talents the soldiers try to stay one step ahead of their captors. Skilled direction and an all-star cast helped make this rousing action movie one of the most successful and memorable releases of the 1960s. The screening, a co-presentation of the Cinematheque and the Wisconsin Center for Film & Theater Research, in honor of their 60th anniversary, will be preceded by a special introduction from film scholar Dana Polan. Support has been provided by the Jay C. & Ruth Halls Visiting Scholar fund from UW-Madison's College of & Letters & Science. 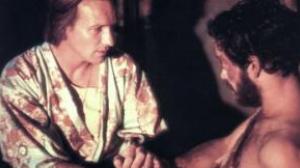 In an Academy Award winning performance, Hurt plays Luis Molina, a flamboyant homosexual thrown into a South American jail cell with the macho revolutionary Valentin (Julia). As Luis regales his cellmate with recollections of schlocky Hollywood entertainment, the two men transcend their dire situation and reach a deeper understanding of each other. Brazilian director Babenco and screenwriter Leonard Schrader adapted Manuel Puig’s novel into "one of those rare and entrancing stories where one thing seems to happen while another thing is really happening” (Roger Ebert). 35mm print courtesy of the University of North Carolina School of the Arts Moving Image Archive.  Presented in conjunction with the UW’s Center for the Humanities and their Great World Texts program. Viewers will be provided a free copy of Manuel Puig’s novel while supplies last. 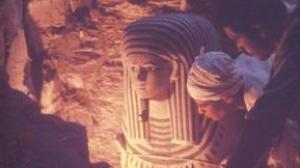 In the late 1800s, an isolated Egyptian mountain clan sustains itself by exploiting Egypt's ancient heritage, secretly raiding the tombs of the Pharaohs in Thebes. “One of the greatest Egyptian films ever made, Al-Mummia has an extremely unusual tone – stately, poetic, with a powerful grasp of time and the sadness it carries. The carefully measured pace, the almost ceremonial movement of the camera, the classical Arabic spoken on the soundtrack, the unsettling score by the great Italian composer Mario Nascimbene – they all work in perfect harmony... This picture has a sense of history like no other, and in the end, the film is strangely, even hauntingly consoling – the final understanding of who and what we are” (Martin Scorsese). Restored in 2009 by The Film Foundation’s World Cinema Project at Cineteca di Bologna /L’Immagine Ritrovata laboratory in association with the Egyptian Film Center. Restoration funding provided by Armani, Cartier, Qatar Airways, Qatar Museum Authority and the Egyptian Ministry of Culture.  Screening co-presented with support from UW Middle East Studies.