Premiere Showcase is the Cinematheque’s effort to bring the boldest and most exciting new cinema back to the big screen. Crafted with the same curat­orial acuity we bring to our repertory series, Premiere Showcase presents exciting new work by contem­porary directors that would otherwise have no theatrical venue in the area. Our selections for this calendar begin with the first Madison screening of the Milwaukee-filmed Give Me Liberty, fresh from its acclaim at the Sundance and Cannes Film Festivals. Plus, Mexican master filmmaker Carlos Reygadas’ decidedly personal latest effort, Our Time, and two screenings as part of the 2019 Asian-American Media Spotlight: Tim Tsai’s documentary Seadrift and Justin Chon’s drama Ms. Purple. 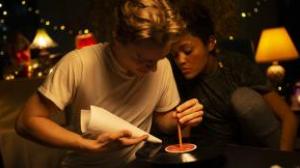 One of the most critically-praised movies from this year’s Sundance and Cannes Film Festivals, Give Me Liberty is a raw, funny, and moving day-in-the-life story of two outsiders who find each other, filmed entirely in Milwaukee. Russian American Vic (Galust) is a mini-bus driver for the disabled whose newest client is Tracy (Spencer), an African American woman with ALS. Their odyssey takes them in unexpected directions when Vic tries to help elderly members of his family attend a funeral and a demonstration on the streets turns into a dangerous riot. “Vic’s seemingly straightforward routine, as he speeds his van through Milwaukee’s narrow streets, becomes a vehicle for exploring the city’s complex immigrant communities, racial tensions, and working-class frustrations. It’s a lot to take in, but Mikhanovsky doesn’t hesitate to keep barreling forward” (Eric Kohn, Indiewire). 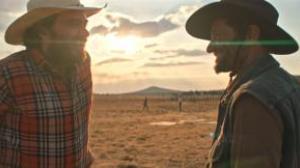 Mexican master Reygadas’s (Silent Light) fifth feature is a fearless plunge into sexual jealousy. The director and his real-life wife star as a couple whose theoretically open marriage is put to the test when she falls for an American ranch hand. Shot on the family’s actual ranch home and emotionally raw to the point of masochism, Our Time prods at the uncomfortable borders of autofiction and documentary, while remaining as transcendently beautiful as Reygadas’s past works. “A soul-searching work of scorching honesty… bravura and extraordinarily unsparing” (Sight & Sound). (MK) 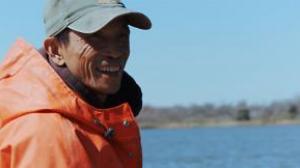 Director Tsai’s documentary explores the drama surrounding a violent episode in 1979 on the crab boats of Seadrift, Texas.  The sleepy town of predominantly white fishermen had become home to a growing number of Vietnamese refugees following the Vietnam War, and the tensions that erupted over fishing territory lead to a maelstrom of violence—including boat burnings, the resurgence of the KKK, and a fatal shooting.  Although the film focuses on an incident from 40 years ago, its questions about immigration, refugees, and racial violence are more timely than ever. Tim Tsai will discuss Seadrift in person after the screening, presented with the support of the 2019 Asian-American Media Spotlight. (LL) 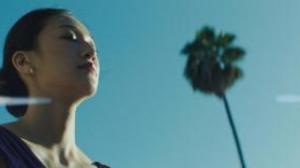 This sophomore feature from director/co-writer Chon (Gook) centers on Kasie, a young Korean American woman who struggles to care for her bedridden father while spending her nights working as a hostess at a karaoke bar.  When she finally turns to her estranged brother for help it seems like things might turn around, but eventually they must both deal with their family’s complicated past. Ms. Purple beautifully and sensitively illuminates some of the shadowy corners of Los Angeles that are often hidden from view. Co-writer Chris Dinh will participate in a post-screening discussion. Screening with the support of the 2019 Asian-American Media Spotlight. (LL) 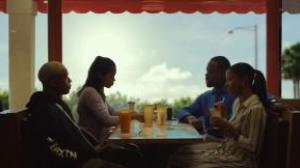 Set against the vibrant landscape of South Florida, and featuring an astonishing ensemble of award-winning actors and breakouts alike, Waves traces the epic emotional journey of a suburban African-American family—led by a well-intentioned but domineering father—as they navigate love, forgiveness, and coming together in the aftermath of a loss. Waves is a heartrending story about the universal capacity for compassion and growth even in the darkest of times. The latest film from writer/director Trey Edward Shults (Krisha, It Comes at Night), Waves has been garnering critical acclaim since its first screenings at the Toronto and Telluride Film Festivals last month. This special sneak preview screening is provided courtesy of A24 and Allied Global Marketing 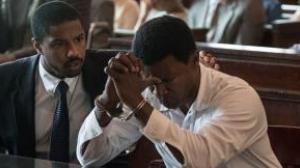 A powerful and thought-provoking true story, Just Mercy follows young lawyer Bryan Stevenson (Jordan) and his history-making battle for justice.  After graduating from Harvard, Bryan had his pick of lucrative jobs.  Instead, he heads to Alabama to defend those wrongly condemned or who were not afforded proper representation, with the support of local advocate Eva Ansley (Larson).  One of his first, and most incendiary, cases is that of Walter McMillian (Foxx), who, in 1987, was sentenced to die for the notorious murder of an 18-year-old girl, despite a preponderance of evidence proving his innocence and the fact that the only testimony against him came from a criminal with a motive to lie.  In the years that follow, Bryan becomes embroiled in a labyrinth of legal and political maneuverings and overt and unabashed racism as he fights for Walter, and others like him, with the odds—and the system—stacked against them.  Award-winning filmmaker Destin Daniel Cretton (The Glass Castle, Short Term 12) directed the film from a screenplay he co-wrote, based on the award-winning nonfiction bestseller by Bryan Stevenson.