Our numerous and diverse Fall 2018 special presentations include a screening of an excellent vintage print of Roger Corman’s low-budget The Little Shop of Horrors; Douglas Sirk’s masterful melodrama All That Heaven Allows and Todd Hayne’s reworking of Sirk, Far from Heaven; rare 35mm prints of Antonioni’s counter-culture classic Zabriskie Point and Claire Denis sibling saga Nenette and Boni; a screening of the popular recent documentary The Eagle Huntress with producer Stacey Reiss in person; plus new digital restorations of two cult horror comedies from the early 1980s: Basket Case and Strange Behavior, as well as George Sluizer’s great thriller The Vanishing, Powell and Pressburger’s repressed nuns classic Black Narcissus, and the landmark independent Buddies, the first movie to depict the AIDS crisis. 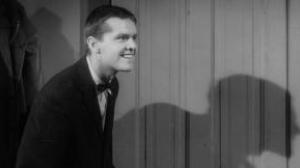 In a Skid Row flower shop, schlemiel Seymour Krelboin (Haze) invents a new plant that needs human blood to grow and thrive. Corman’s low-budget wonder (shot in two days!) was the inspiration for the stage and screen musical versions. A rare 35mm print in excellent condition will be screened. Preceded by a fun, 15 minute trailer compilation. Presented in conjunction with the University Theater’s production of the musical Little Shop of Horrors, September 13-23. Print courtesy of the Joe Dante and Jon Davison Collection at the Academy Film Archive. 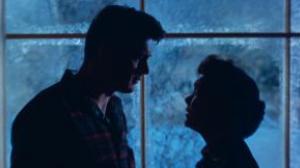 A well-to-do widow (Wyman) falls for her down-to-earth gardener (Hudson) in this incomparably moving melodrama, one of the essential films of the 1950s and an inspiration for both R.W. Fassbinder (Ali: Fear Eats the Soul, screening 9/16) and Todd Haynes (Far from Heaven, screening 9/21). In gleaming Technicolor,  Sirk (Imitation of Life) lays bare the hypocrisy, classism, and consumerism roiling beneath small-town Americana’s picket-fence façade. (MK) 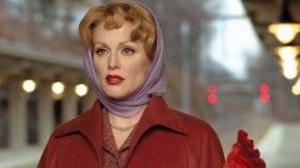 Moore stars in Haynes’s brilliant reconfiguration of All That Heaven Allows (screening 9/15).  As in Sirk’s classic melodrama, a wealthy woman falls for her gardener, though Haynes makes key changes to address 1950s mores on race and homosexuality. Meticulously designed on every level, from Ed Lachman’s lush cinematography to Elmer Bernstein’s orchestral score, “Far From Heaven is like the best and bravest movie of 1957. Four stars” (Roger Ebert). (MK) 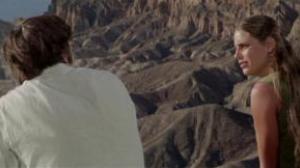 In one of the key films of its era, two neophyte actors play a pseudo-revolutionary and a secretary who meet in Death Valley, fall in love and dream of overthrowing the system. While their rebellion may be aimless, Antonioni’s critique of the Establishment and the imperialism of corporate capitalism is poignant and stinging. Zabriskie Point is a state-of-the-decade address portraying the conflicts of an America at war with itself. The literally explosive finale must be experienced on the big screen. This screening is presented with the support of the Center for European Studies, in conjunction with a Saturday, October 13 workshop entitled “Tracing the Impacts and Representations of 1968”. 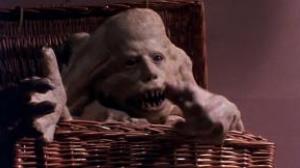 Young Duane arrives in NYC with a basket containing his twisted, demented waist-high brother Belial. Communicating telepathically, the formerly conjoined twins are out for revenge on the quack doctors who screwed up the operation that separated them. A low-budget horror-comedy cult classic, this new 4K restoration of Basket Case will be introduced by Katie Trainor, Film Collections Manager at New York’s Museum of Modern Art. Restored by The Museum of Modern Art with support from The Celeste Bartos Fund for Film Preservation. 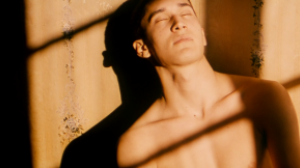 15-year-old Nenette (Houri), is seven months pregnant and decides to leave boarding school to live with her moody, emotionally frustrated brother Boni (Colin), who spends most of his time fantasizing about the wife of the town baker (Gallo). Let the Sunshine In director Claire Denis’ distinct visual and narrative style effortlessly blends fantasy, reality and flashbacks in this unusual sibling drama where brother and sister must come to terms with the need for the sanctuary they find in each other. 35mm print courtesy UCLA Film & Television Archive. 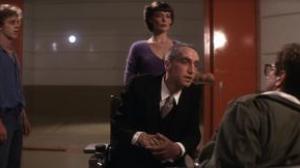 Investigating several brutal killings, police captain John Brady (Murphy) discovers evil goings-on at a local college’s psychology lab and eventually learns that his own son is being programmed to murder him! This genuinely bizarre cult item was co-written by soon-to-be-director Bill Condon (Gods and Monsters, Beauty and the Beast). Set in the American Midwest heartland, Strange Behavior was filmed entirely in New Zealand! “Full of wondrous scene-by-scene oddities” (Scott Tobias, The Dissolve). 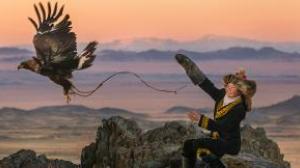 In a remote area of Kazakhstan, thirteen-year-old Aisholpan trains to become the first female in twelve generations of her nomad family to become an eagle huntress. Narrated by Daisy Ridley, this inspiring documentary enjoyed popular and critical acclaim during its original theatrical release. This screening will be followed by an in-person discussion with The Eagle Huntress’ producer Stacey Reiss. 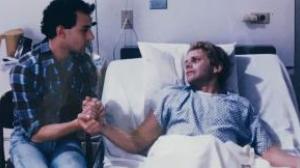 In this deeply moving, provocative drama, David (Schachter) volunteers his services as a “buddy” to Robert (Edholm), who is hospitalized with AIDS. An unusual friendship develops between the two young men. A landmark independent production, Buddies was the first film released that directly confronted the AIDS crisis in America. It was the final film of Arthur Bressan, a talented, mutlifaceted, and prolific director who died of an AIDS-related illness in 1987. A new 2K restoration will be shown. Roe Bressan, Arthur Bressan's sister, will appear in person after the screening to discuss her brother's work and legacy. 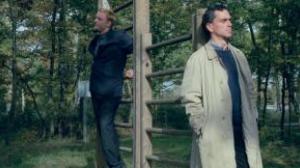 After his girlfriend Saskia disappears at a rest stop, Rex (Bervoets) spends the better part of three years searching for her. Finally, Saskia’s abductor approaches Rex with promises of information, setting off a cat-and-mouse game that results in one of the most shocking endings of all time. An intelligent, unique thriller, The Vanishing has long since earned its place as a modern suspense classic. 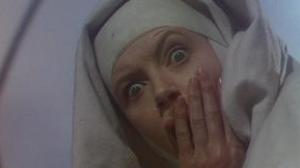