This October and November, the Cinematheque continues its tradition of screening great movies from before the dawn of sound. This Fall’s selection includes a special spotlight on the work of women filmmakers in the silent era with screenings of Dorothy Davenport’s The Red Kimona and Lois Weber’s Where Are My Children? Plus, a 35mm print of Lon Chaney in Laugh, Clown, Laugh with live piano accompaniment and a new 4K restoration of Borzage’s 7th Heaven, presented in person by Katie Trainor, Film Collections Manager at the Museum of Modern Art. 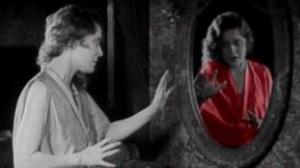 A small-town girl finds herself lured into New Orleans prostitution in this landmark, taboo-breaking melodrama. Pioneering producer Davenport served (uncredited) as the co-director and the screenplay was co-written by Dorothy Arzner, later the only woman director employed by the Hollywood studios during the 1930s and 1940s. The restored version from the UCLA Film & Television Archive, featuring a score by Libby Meyer, will be shown. Preceded by an extended fragment of Marion E. Wong’s The Curse of Quon Gwon (1916, 35 min.), thought to be the first feature directed by a Chinese-American filmmaker. 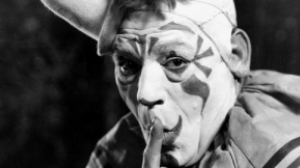 Chaney, the Man of a Thousand Faces, plays Tito, a crying-on-the-inside circus clown heading for more heartbreak after he becomes smitten with the fetching Simonetta (Young). This reworking of the classic story of Pagliacci offers a great showcase for the two leads and talented director Brenon (Peter Pan). Live piano by David Drazin. Print courtesy George Eastman Museum. Preceded by Acrobatty Bunny (1946, 6 min.) Presented with the support of Madison Opera and their productions of Cavalleria Rusticana and Pagliacci, November 2 and 4. 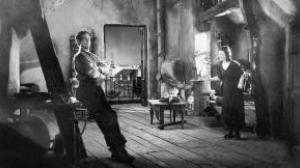 Based on the phenomenally successful Broadway play by Austin Strong, Borzage’s magnum opus features Farrell as Chico, a stoic Paris sewer worker, desiring to be elevated to the position of street cleaner. Gaynor plays vulnerable gamine Diane, who, when victimized by her unscrupulous sister is saved by Chico. Soon their delicate love is interrupted by the call to arms. Gaynor won the first ever Academy Award for Best Actress for her performance, a prize that also recognized her work in Borzage’s Street Angel and Murnau’s Sunrise. This new 4K restoration featuring the original Movietone score and sound effects will be introduced by Katie Trainor, Film Collections Manager at New York’s Museum of Modern Art. 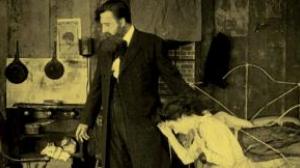 This powerful and frank melodrama about contraception and abortion was made at the height of the controversy surrounding Margaret Sanger’s attempts to legalize birth control in the United States. Where are My Children? illustrates nothing if not the complexities of the debate. The restored version from the Library of Congress, featuring a score by acclaimed composer Maud Nelissen, will be shown. Preceded by Weber’s delightful short thriller Suspense (1913, 11 min.).