THE THIEF AND THE COBBLER

Spring 2017 is filled with numerous special repertory screenings. Our lineup includes several new restorations, including new DCPs of Julie Dash’s landmark movie Daughters of the Dust, Juzo Itami’s uproarious food comedy Tampopo, and Julien Duvivier’s terrific thriller Panique. We will also present a new DCP of the long-thought-lost RKO proto-disaster movie Deluge which will screen as part of a “flood and fire” double feature with a 35mm print of another RKO super production, The Last Days of Pompeii. Other 35mm showings include the ultra-rare "Moment in Time" cut of animator Richard Williams' magnum opus, The Thief and the Cobbler; Ingmar Bergman’s film of Mozart’s The Magic Flute and two fine IB Technicolor prints of Francis Ford Coppola’s two 1974 releases (and Best Picture Oscar nominees) The Godfather Part II and The Conversation. Plus an evening of musical Vitaphone shorts and live musical performance; Al Pacino in William Friedkin’s controversial Cruising; and two very different Cannon Films adaptations of an Elmore Leonard crime novel classic (52 Pick-Up), made only two years apart! 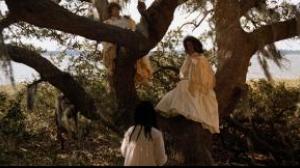 The first film directed by an African-American woman to receive a national release is set in 1902 and depicts the daily lives of several Gullah women. The isolation of the Gullah, descendants of slaves who lived off the coast of South Carolina and Georgia, helped them to preserve much of their African heritage, culture and language. Dash’s landmark effort, a much cited influence on Beyonce’s Lemonade, has been given a 4k digital restoration on the occasion of its 25th anniversary. 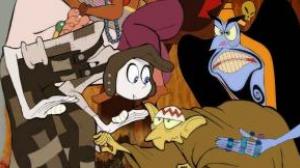 In this stunning widescreen animated masterpiece, a lowly thief and a resourceful shoemaker unite to save their ancient Arabian city from being taken over by the wicked vizier ZigZag (voiced by Price). Commencing production in 1964, this hand drawn labor of love from acclaimed animator and title designer Williams was put together sequence by sequence over nearly thirty years. Before it could be completed, however, Williams had to surrender control over the project on March 13, 1992. At that “moment in time”, Williams made a work print, the version that will be shown. Ultimately released in a much altered form as Arabian Knight, The Thief and the Cobbler can now be seen in a way that more closely reflects Williams’ original vision and demonstrates the remarkable craft of his production team. 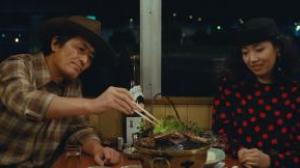 Food and uproarious humor are the main ingredients for Itami’s comedy and Samurai Western parody, one of the funniest movies ever produced in Japan. The story concerns a mysterious truck driver who helps a widow turn her ramen noodle shop into a success by finding the perfect recipe. The numerous witty episodes include a delightful digression about the adventures of a gastronome gangster. New 4K restoration. 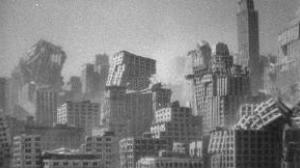 This prototypical disaster movie from RKO Studios shows what happens when an unforeseen series of earthquakes sets off a series of tidal waves that, in a staggering special effects sequence, wipe out New York City. Blackmer (Roman Castevet of Rosemary’s Baby) stars as a man who, separated from his family, must begin to rebuild civilization in the wake of the catastrophe. Unseen for decades, and only for the last 20 years in a dubbed Italian version, a complete English-language print of Deluge was discovered in 2016 and has been prepared for reissue by Serge Bromberg of Lobster Films. Says Bromberg, “Deluge is a magnificent film, and what was at the time certainly nightmarish seems today full of thrills and almost poetry. King Kong was not the only fantastic film at RKO in 1933!” 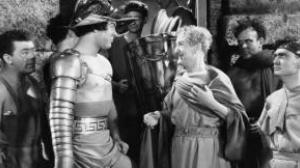 Pompeii, 79 AD. While the volcano at Mt Vesuvius begins to rumble, blacksmith Foster aspires to wealth and fame in the doomed Roman city by becoming a gladiator. The breathtaking special effects for the fiery climax of this RKO mega production were supervised by King Kong maestro Willis O’Brien. 35mm print courtesy of Library of Congress. 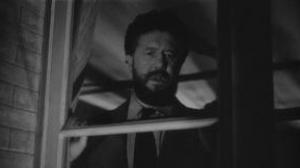 The acclaimed first screen adaptation of Georges Simenon’s novel Monsieur Hire stars French cinema stalwart Simon as a reviled voyeur who is framed for a murder by the woman he adores. This film noir masterpiece by one of French cinema’s finest directors has been given a vivid new DCP restoration. “If I were an architect and I had to build a monument to the cinema, I would place a statue of Julien Duvivier above the entrance" (Jean Renoir). 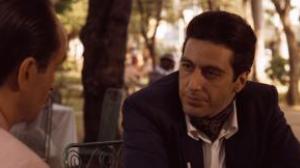 The roots of cinema’s most celebrated mob story are revealed as immigrant Vito Corleone (Robert De Niro in his first Oscar-winning performance) makes a name for himself in New York. In a parallel story set decades later, Vito’s son Michael (Al Pacino), the new don, struggles against unforeseen deception. Coppola created that rare sequel (and prequel) which is just as compelling as the original, and reaffirmed his status as a cinema master. A rare IB Technicolor print, struck for the original release of Godfather II, will be shown. 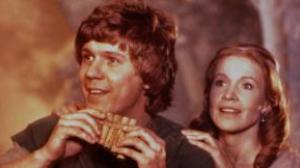 Bergman puts his indelible stamp on Mozart’s exquisite opera in this sublime rendering of one of the composer’s best-loved works: a celebration of love, forgiveness, and the brotherhood of man. The story concerns Tamino (Köstlinger), a young man determined to rescue a beautiful princess from the clutches of parental evil. Presented with the support of Madison Opera, whose production of The Magic Flute will be presented April 21 & 23 at Overture Hall. 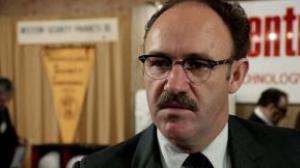 In perhaps his finest performance, Hackman plays surveillance expert Harry Caul, an extremely private man whose life is rudely invaded when his eavesdropping leads him too close to the truth. Made between the first and second Godfather films, Coppola’s intelligent and personal character piece stands as one of the great films of the 1970s. A rare IB Technicolor print, struck for the original release, will be shown. 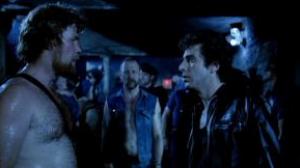 When a serial killer begins targeting the patrons of gay S&M bars in New York City, a straight cop goes undercover to stop him and becomes entangled in an overwhelming new world. Largely maligned as a harmful representation of gay culture during its production and initial release, Cruising has since received greater appreciation as an unusually explicit mainstream artifact of the pre-AIDS era. Pacino gives an exceptional performance as the in-over-his-head cop, wandering through Friedkin’s enticingly sordid party scenes that were shot on-location in leather bars. (MS) 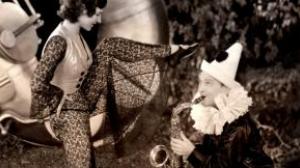 Vitaphone was Hollywood’s first widely adopted recorded synchronized sound technology and this program celebrates the moment when Vitaphone shorts -- and live performances -- were common in theaters across America.  This collection of five shorts features the Midwest premiere of the recently restored Molly Picon, the Celebrated Character Comedienne (1929, 35mm preservation print courtesy of the UCLA Film & Television Archive) and filmed performances by Bob Wills, the Nicholas Brothers, and others.  The program will be introduced by Ron Hutchinson, the director of the Vitaphone Project and Henry Sapoznik, Director of the Mayrent Institute for Yiddish Culture, who will also provide live musical interludes. Co-sponsored by the Wisconsin Center for Film and Theater Research and the Mayrent Institute for Yiddish Culture. 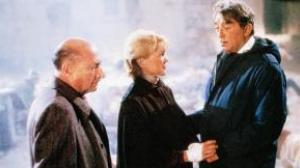 The first of two adaptations of Elmore Leonard’s 52 Pick-Up from Cannon Films takes significant liberties with its source novel. The narrative concerns an American Ambassador to the Middle East (Mitchum) whose attempts to settle the Israel-Palestine conflict are compromised when his wife (Burstyn) is unfaithful. Looking to clean up a messy situation, the Ambassador takes action with his Chief Security Officer (Hudson, in his final movie). “Intelligent, entertaining thriller” (Leonard Maltin). 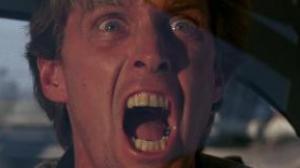 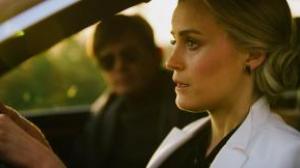 Ray Moody (Pat Healy) is a not-too-successful entrepreneur who is struggling to re-launch Kidnap Solutions, LLC, a service offering simulated abductions as an alternative form of therapy. His latest client is Anna St. Blair (Taylor Schilling, star of Orange is the New Black), an affluent businesswoman who makes a hefty offer to Ray for a weekend kidnapping package.  Soon, however, Ray realizes that he is in for a lot more than just the negotiated price. Take Me, the feature directorial debut of actor Healy (Cheap Thrills, The Innkeepers) is a twisty and twisted dark comedy with more than a few surprises in store. Pat Healy will join us in person for a post-screening discussion.