NOT RECONCILED: THE FILMS OF JEAN-MARIE STRAUB AND DANIÈLE HUILLET

Icons of avant-garde cinema, the husband-wife team of Jean-Marie Straub and the late Danièle Huillet provided film history with one of its most intimate collaborative relationships. Beginning in 1954 and ending with Huillet’s death in 2006, Straub-Huillet worked closely together on every aspect of every project starting with a conceptual stage and carrying through to the final editing process. Together, they produced a body of work that includes several adaptations and re-thinkings of classical texts. This sampling of Straub-Huillet features seven of the duo’s best known features and shorts presented in original 35mm prints and new DCP restorations overseen by Jean-Marie Straub. Special thanks to Thomas Beard and Miguel Abreu Gallery. 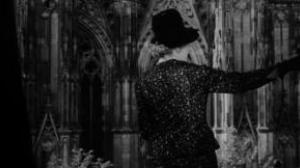 A fractured series of interrelated vignettes spanning three generations of a middle class German family tell the story of the rise, fall, and continuation of Nazism and the role the collective psyche plays in allowing its existence. The full German title translates as Not Reconciled, or Only Violence Helps Where Violence Rules. (BR) 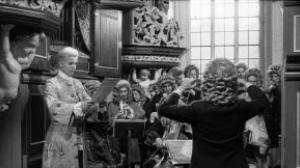 Straub-Huillet’s first feature length film unfolds primarily as a series of live performances with musicians in period costumes playing in the actual locations where these pieces would have been performed. This one-of-a-kind portrait of Johann Sebastian Bach and his wife transports viewers to 18th century Germany with an austere formalism that is somehow also magically immersive. A must-see for lovers of Bach and film. (BR) 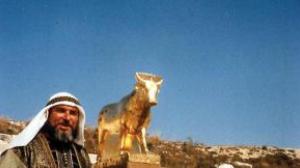 Straub-Huillet filmed Arnold Schoenberg’s unfinished opera in an ancient Roman amphitheater. In addition to a mesmerizing musical production, the filmmakers offer rigorous consideration and questioning of Biblical and archeological history, particularly with respect to the collective memory—passed down and transcribed over hundreds of years, however inaccurately—of the Egyptian enslavement of the Hebrews and the Exodus. The feature will be preceded by Machorka-Muff (1962, 35mm, 18 min.), a surreal adaptation of a Heinrich Böll story set in postwar Germany. 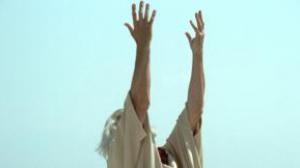 By burying the body of her murdered, dishonored brother, Antigone bravely defies the orders of Creon, the new ruler of Thebes. When he punishes her with live burial to discourage any further rebellion that her action could inspire, questions of power, sacrifice, and suffering emerges Creon’s family and advisers react to his decisions. Based on Bertolt Brecht’s version of Sophocles’s tragedy, Straub-Huillet shot the film in the Teatro di Sigesta, an ancient amphitheater in Sicily. (MS) 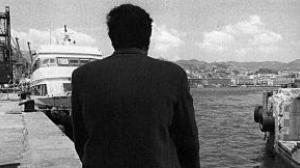 After a long absence, a native Sicilian returns home in this acclaimed adaptation of Elio Vittorini’s 1941 antifascist novel Conversations in Sicily. Through rich dialogues with an orange peddler, knife sharpener, and his own mother, he reckons with the state of 1930s Sicily.  The editing of Sicilia! served as the basis for Pedro Costa’s 2001 documentary about Straub/Huillet, Where Does Your Hidden Smile Lie?  Preceded by The Bridegroom, the Comedienne, and the Pimp (1968, 35mm, 23m mins), a radical triptych featuring a performance by future auteur Rainer Werner Fassbinder, along with many of the actors who would come to form his stock company. (MK)