One of American indie cinema’s universally acknowledged masters, Charles Burnett trained to be a filmmaker at UCLA in the 1960s, as an early part of a movement later dubbed “The L.A Rebellion”. Burnett, whose career has included shorts, independent features, and documentaries for both Hollywood and TV, has left a varied legacy that engage with class, gender, and black identity in America. Burnett has been most celebrated for exploring the domestic lives of families in contemporary L.A., particularly in his 1978 feature debut Killer of Sheep and his 1990 drama To Sleep With Anger, which Burnett will personally present and discuss on September 22. Both movies will be shown in new restorations along with fellow L.A. Rebellion member Billy Woodberry’s Bless Their Little Hearts (1983), featuring a screenplay by Burnett.  "[Burnett’s] films don’t dictate to the viewer, and that troubles them” (bell hooks). Charles Burnett will also deliver a free lecture in the Distinguished Lecture Series on Thursday, September 21 at 7:30 in the Wisconsin Union Theater. Co-Presented with the support of Wisconsin Union Directorate (WUD) Distinguished Lecture Series. Special Thanks to Vincent Mollica, James LaPierre and Ziyad Sultan. 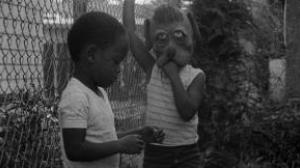 The life of a working class family affected by unemployment in the Watts district of Los Angeles is poetically evoked by writer/director Burnett in his feature debut. A landmark in American independent filmmaking, Burnett’s lyrical, elliptical style is marked by a frequently perfect matching of music to his haunting images. One of the first films elected to the Library of Congress’ National Film Registry, Killer of Sheep will be shown from a stunning new 4K restoration. 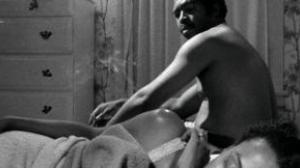 Searching everyday for work, Watts resident Charlie Banks (Hardman) discovers his unemployment is taking its toll on his wife and young children. Partnering with his friend and fellow UCLA Film School classmate Charles Burnett, who wrote the screenplay, director Woodberry created a profoundly moving gem of the “L.A. Rebellion” movement. It remains Woodberry’s only feature narrative film to date. A new restoration will be shown. 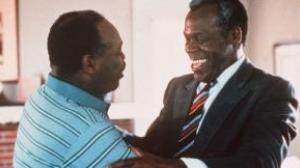 A middle class family are forced to confront long-buried secrets when a guest (Glover) arrives from a past they thought was behind them. Noted for its unique and unconventional representation of African-Americans in South Central Los Angeles, this character-driven narrative received wide critical praise around the world upon its original release and its recent re-release in this stunning 4K restoration. Acclaimed filmmaker Burnett (Killer of Sheep) will introduce his work and answer questions after the screening.