THE CHILDHOOD OF A LEADER

Premiere Showcase is the Cinematheque’s effort to bring the boldest and most exciting new cinema back to the big screen. Crafted with the same curat­orial acuity we bring to our repertory series, Premiere Showcase presents exciting new work by contem­porary directors that would otherwise have no theatrical venue in the area. Our selections for Fall 2016 begin with two highly acclaimed indies that made their debuts at the Sundance Film Festival in January: the political documentary Weiner and Todd Solondz’ latest, Wiener-Dog. You’ll also see Brady Corbet’s Venice prize-winner The Childhood of a Leader and edgier fare like Roberto Minervi’s exploration of the Louisiana backwoods, The Other Side, and master collagist Lewis Klahr’s acclaimed compilation movie, Sixty Six. 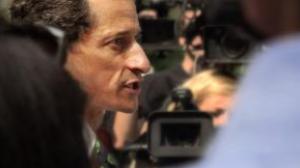 A campaign doc like no other, Weiner goes far, far behind the scenes of notorious Democrat Anthony Weiner’s 2013 New York City mayoral run.  Supposedly rehabilitated after his career-sinking sext scandal, Weiner re-enters the political fray, his increasingly reluctant wife Huma Abedin in tow.  Beyond its undeniable rubbernecker appeal, this riveting character study feels like several films in one: it’s a trenchant look at the media’s obsession with tabloid gossip in lieu of actual issues, a fascinating portrait of compulsive self-destruction (replete with Bergman-esque scenes from an unraveling marriage), and, above all, one of the year’s great cinematic roller coaster rides… or trainwrecks, as the case may be.  U.S. Documentary Grand Jury Prize, 2016 Sundance Film Festival. (MK) 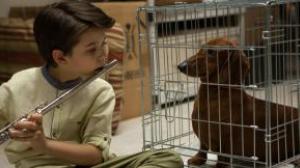 The latest curmudgeon’s delight from comic misanthrope Todd Solondz (Happiness) follows a dopey, lovable dachshund through a series of woefully broken homes.  The all-star cast of owners taking temporary solace in this four-legged friend includes DeVito as a hilariously frustrated film professor and Gerwig as the grown-up Dawn Wiener, anti-heroine of Solondz’s 1995 breakout Welcome to the Dollhouse.  Packed with dark laughs and even darker observations on human nature, Wiener-Dog is “bleakly funny and weirdly heartfelt” (NPR). (MK) 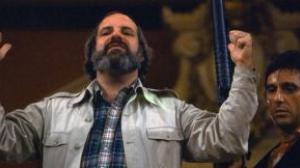 One of American cinema’s most expressive, eclectic, and personal filmmakers, Brian De Palma speaks at length about his own work in this wonderful new documentary. Illustrated with numerous clips from his 50+ years of directing, De Palma explores a singular and tumultuous career. “Catnip for passionate fans while also serving as a primer and a goad for the skeptical and the curious” (A.O. Scott, The New York Times). 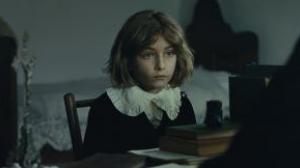 France, 1918.  A powerful American family faces down a rival from within—the mounting rebellion of their young son. Enigmatic and enthralling, this ominous portrait of a budding tyrant boldly melds historical drama and bad-seed horror with visionary art cinema.  Sumptuously photographed on 35mm and propelled by an effectively pugnacious score by avant-pop godhead Scott Walker, The Childhood of a Leader is an undeniable aesthetic powerhouse.  First-time director Brady Corbet won Best Debut Film and Best Director at the 2015 Venice Film Festival. (MK) 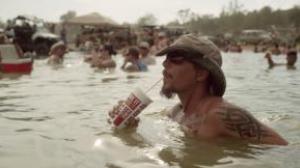 Cameras are everywhere, yet many pockets of our country still rarely make it to our screens.  Acclaimed Italian documentarian Roberto Minervini explores the far margins of American society, here a Louisiana backwoods populated by junkies and militiamen.  The central focus is on Mark, a small-time dealer who hopes his upcoming prison sentence will force him to get clean.  Working in collaboration, director and subject combine fiction and biography to arrive at a character who exists well beyond the limits of either.  The lyrical cinematography unflinchingly bears witness to complete lives, including explicit drug use, sex, and disturbing tirades.  Seen in such intimacy, the effect is less to shock than to immerse us in this world, and destabilize our preconceptions about our fellow Americans. (MK) 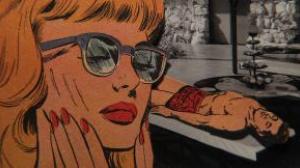 A Pop Art tour de force, master collagist Klahr’s Sixty Six is a cut-and-paste wonder, a sunshine noir populated by paper-thin superheroes, pulp bombshells, and convertibles. Klahr’s unique cut-out animation techniques and Lichtenstein-esque sensibility conjure a 2D dreamscape of Los Angeles, while burrowing deep into the national psyche.  Assembled from 13 years worth of dazzling short films, this eye-popping magnum opus is an incomparably rich visual and auditory experience—here at last is the comic book movie we’ve been waiting for.  Named one of the best films of 2015 by The New York Times. (MK)