2015 marks 100 years since Orson Welles was born in Kenosha, Wisconsin. One of the leading lights in the history of international cinema, Welles first developed his talents in the theater, developing an inimitable and innovative performance style that also respected classical acting traditions. After his 1941 Hollywood debut as the complete auteur with RKO’s Citizen Kane, Welles was immediately in-demand for other studios and filmmakers as an actor-for-hire. A marquee name for decades, Welles often agreed to work strictly as a performer in order to secure funding for his own independent projects. This summer, the Cinematheque continues its celebration of Welles’s career with seven features that showcase his sometimes iconic acting work for other directors. 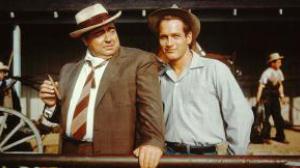 A loose adaptation of William Faulkner infused with the sensibility of Tennessee Williams, this steamy Southern melodrama follows ambitious drifter Ben Quick (Newman) as he becomes entangled in the affairs of the wealthy Varner family: nervous son Jody (Anthony Franciosa), outspoken daughter Clara (Woodward), and domineering patriarch Will (Welles). Location shooting in Louisiana sets the scene, and Alex North's sultry, jazzy score sets the mood. Sexy and romantic, it's fitting that this film marked the first collaboration of husband-and-wife writing team Irving Ravetch and Harriet Frank, Jr., and the first on-screen pairing of Newman and Woodward. (AM)

Welles stars as Mr. Rochester in what is still the best screen adaptation of Charlotte Brontë’s classic novel. Fontaine plays the title role, a young governess who falls in love with her mysterious master. The gothic romance features a score by Bernard Herrmann, who also wrote the music for Welles’ Citizen Kane two years prior. A magnificent supporting cast includes Peggy Ann Garner, Welles regular Agnes Moorehead and a very young Elizabeth Taylor 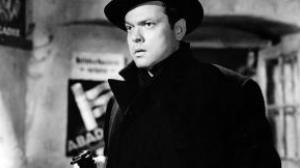 Pulp fiction writer Holly Martins (Cotten) searches post-WWII Vienna for his old friend, Harry Lime (Welles), and is caught in a growing web of deceit, corruption, and political intrigue. Shown here in a brand-new restoration of the uncut British version, this collaboration of three artistic geniuses (Reed, screenwriter Graham Greene, and Welles) is arguably the greatest of English thrillers. Anton Karas’ classic zither score is the icing on the cake. “Of all the movies I have seen, this one most completely embodies the romance of going to the movies.” (Roger Ebert). Restored in 4K by Deluxe, England, on behalf of Studiocanal, from a fine grain master positive struck from the original negative. A 2015 Cannes Classics Selection. The feature will be immediately followed by a rare television episode: Around the World with Orson Welles: Revisiting Vienna (1955, 35mm, 26 min.). Print courtesy of the Wisconsin Center for Film and Theater Research. 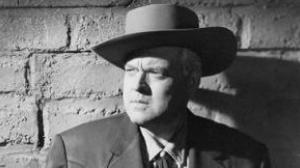 Welles stars as Virgil Renchler, the wealthy and despotic owner of a ranch who practically runs the small town of Spurline. Renchler’s brutish henchmen go too far one night and beat one of the farmhands to death. The town’s sheriff (Chandler) investigates and finds an unlikely ally in Renchler’s daughter. Welles, more subdued than usual, is powerful in this David vs. Goliath story reset in a small western town. Welles’s performance is a bit of a prelude to his Hank Quinlan in Touch of Evil, released the next year from the same producer (Albert Zugsmith) and studio (Universal). 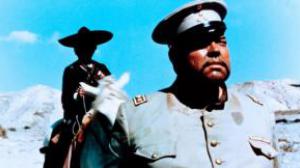 An English doctor (Steiner) saves Mexican revolutionary leader Tepepa (Spaghetti Western staple Milian) from a firing squad in order to exact personal revenge. Soon, the two men must join forces when they are both pursued by the ruthless Colonel Cascorro (Welles) who is determined to recapture Tepepa and make an example of him to the peasants who see him as a hero. Petroni, director of Death Rides a Horse, turns this tale of third world revolution into an effective Vietnam War allegory. The score is a particularly memorable effort by the great Ennio Morricone. 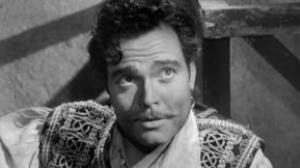 Welles (who served as an un-credited co-director), plays the real-life 18th century magician and hypnotist Cagliostro in this fun blend of melodrama, adventure tale, and romance. In a story that is far from faithful to actual history, Cagliostro rubs elbows with Louis XV and XVI, Marie Antoinette and Alexandre Dumas, pere et fils, and is ultimately depicted as the primary force in bringing down the monarchy during the French Revolution! A 35mm print, courtesy of the Library of Congress, will be shown. 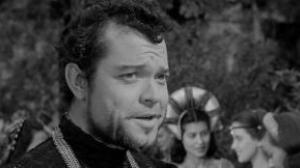 In this swashbuckler, set at the beginning of the 16th century, Power plays Andrea Orsini, unscrupulous agent of Count Cesare Borgia (a delightfully sinister Welles). Sent on a mission by his deadly master, Orsini is changed when he falls for the young wife (Ride the Pink Horse’s Hendrix) of a much older Count, but his sentiment earns him the wrath of the cruel and vengeful Borgia. Shot on stunning Italian locations, this was one of two rousing adventure films starring Power (the other was The Black Rose, 1950) that Welles agreed to appear in while seeking completion funds for his own film, Othello.