Spring 2015 special presentations include an inside look at Japan’s legendary Studio Ghibli, screening alongside what will reportedly be Ghibli co-founder Hayao Miyazaki’s final feature. Also, a rare pair of black-and-white, independently produced psycho-sexual films noir released in the early 1960s, as well as a double bill of early features from talented Hollywood auteur Tay Garnett. Plus, a visit from noted Hollywood screenwriter/director and Wisconsin native David Koepp; two avant-garde 16mm classics; an archival 35mm print of Ethel Merman in Call Me Madam; and a new 4k restoration of the Beatles’ debut film, A Hard Day’s Night. 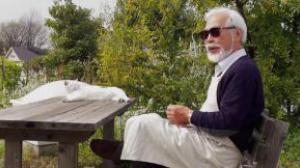 Documentary filmmaker Sunada has been given unprecedented access inside Japan’s Studio Ghibli as she follows the famously private animation director Hayao Miyazaki through almost every production phase of his final feature, The Wind Rises. At the same time, Ghibli’s co-founder Isao Takahata completes his own movie, The Tale of the Princess Kaguya. Though both directors finish with acclaimed works of art, the working methods of these two masters of cinema are revealed to be quite distinct. 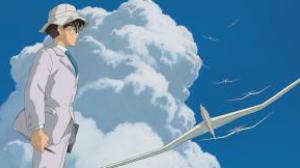 In what he has proclaimed will be his final film, Oscar-winning director and Studio Ghibli co-founder Miyazaki fictionalizes the youth and young adulthood of one of his personal idols: Jiro Horikoshi, designer of the Mitsubishi Zero fighter plane. Jiro’s experiences as a University student and as a burgeoning aeronautical engineer are juxtaposed with fantasy sequences where he is mentored by an Italian named Caproni. Miyazaki’s emotional, deeply felt swan song exhibits the joys and bittersweet triumphs in the life of its well-intentioned artist hero, whose invention nonetheless contributed significantly to the calamity of war. 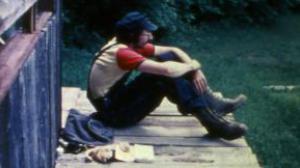 A masterpiece of structural cinema, J.J. Murphy’s Print Generation consists of a single minute of 16mm footage (sixty one-second shots) that has been printed and re-printed 50 times.  Each step further degrades the images, akin to photocopying a photocopy.  The film begins with the final generation—at which point the images have been reduced to little more than shuddering constellations of film grain—and advances generation by generation. The images become clearer at each pass, until finally achieving full, crystalline resolution at the midpoint.  Then, with a sense of heartbreaking inevitability, the generations recede, and the images deteriorate back into illegibility.  An exceedingly rare kind of avant-garde film that manages to be at once formally visionary and profoundly moving, Print Generation will be preceded by another landmark of structural cinema, Michael Snow’s Wavelength (1967). Professor of Film at UW Madison, J.J. Murphy will be on hand for a post-screening discussion. (MK)  A newly restored 16mm print of Print Generation screened, courtesy of the Academy Film Archive. 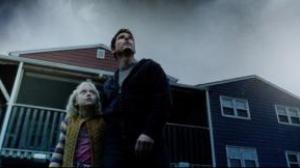 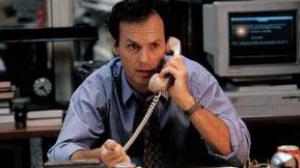 Director Howard's throwback to the classic newspaper picture updates the fast-paced dramatics and comedy of movies like Five Star Final (1931) and His Girl Friday (1940) to a modern-day tabloid in NYC. In a 24-hour period, New York Sun Assistant Managing Editor Henry Hackett (Keaton) tries to get to the bottom of a double murder case, all while trying to re-negotiate his position and keep his pregnant wife (Marisa Tomei) happy. The sterling supporting cast includes Close and Duvall as the paper's chief editors, and Randy Quaid as a dogged reporter. The fun, classically-structured screenplay is by David Koepp, working in collaboration with his brother, Stephen. David Koepp will participate in a post-screening discussion. "The Paper gets a lot of things right about working on a newspaper, and one of them is how it screws up your personal life." (Roger Ebert). 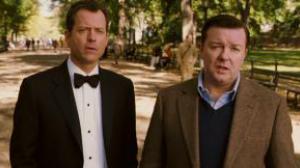 Gervais, in his own inimitable way, plays Bertrum Pincus, a misanthropic dentist who, after undergoing a minor surgical procedure, wakes up with the ability to see dead people, all of whom want something from our hero. A possibility for romance is introduced when one ghost (Kinnear) asks Bertram to look after the widow (Leoni) he left behind. One of the most underrated comedies of the last decade, Ghost Town is kept afloat by a witty script and great performances by the entire cast, including Kristin Wiig, sidesplitting as a barely competent surgeon. Writer/director Koepp will join us in person for a post-screening discussion. 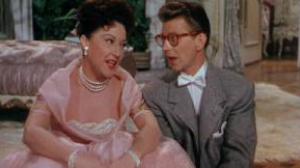 In one of her few film appearances, Broadway musical legend Merman reprises her stage role as Sally Adams, a socialite appointed as United States Ambassador to the fictional country of Lichtenburg. Music and mirth – and a bit of political satire – ensue as Sally charms Lichtenberg General Cosmo Constantine (Sanders), and facilitates the romance between her press attaché Kenneth (O’Connor) and the Princess Maria (Vera-Ellen). A charming and underappreciated musical, Fox’s adaptation of Call Me Madam contains a Tony-winning score by Irving Berlin; delightful choreography, including an amusing drunken dance with balloons expertly performed by O’Connor; and, of course, Merman at her brassy, campy best. (AM) 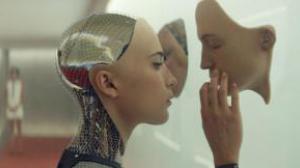 Alex Garland, writer of 28 Days Later and Sunshine, makes his directorial debut with this stylish and cerebral sci-fi thriller. Caleb Smith (Domhnall Gleeson), a programmer at an internet-search giant, wins a competition to spend a week at the private mountain estate of the company's brilliant and reclusive CEO, Nathan Bateman (Inside Llewyn Davis' Oscar Isaac). Upon his arrival, Caleb learns that Nathan has chosen him to be the human component in a Turing Test—charging him with evaluating the capabilities, and ultimately the consciousness, of Nathan’s latest experiment in artificial intelligence. That experiment is Ava (Alicia Vikander), a breathtaking A.I. whose emotional intelligence proves more sophisticated––and more deceptive––than the two men could have imagined. 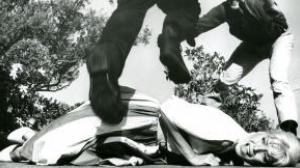 In demented variation on Of Mice and Men’s George and Lennie, Allen and Oates play Duke and Boots, two pent-up drifters who stalk an Insurance salesman’s wife (Manx) in the Hollywood Hills.  This thrilling piece of psychosexual noir from Orson Welles protegee Stevens was thought lost for decades and only recently rediscovered! A newly restored 35mm print from the UCLA Film & Television Archive will be screened. 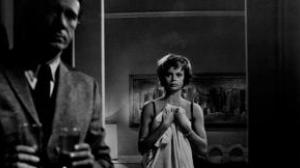 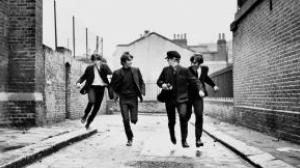 The Beatles' first film follows the group over the course of one day as they deal with the pressures of touring, flee from their screaming fans, and perform their most beloved early songs like the title tune, "Can't Buy Me Love,"  and "I Should Have Known Better”. With Lester's inventive direction and the Fab Four's charm, it is no wonder that this classic is widely regarded as the best rock-'n'-roll movie ever made. A new 4K digital restoration will be screened. 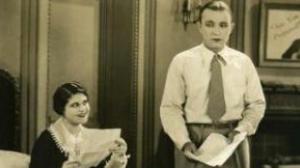 Manager to flat broke, unsuccessful boxer “Kid” O’Brien (Armstrong), fame-hungry “Circus” McKee (Cook) works up a scheme to pass Kid off as an aspiring writer. But will Kid’s newfound celebrity help when he faces off against the middleweight champion? Full of delightful late-1920s slang and visual gags, Celebrity will be presented in an archival 35mm print from the Library of Congress. Live piano by David Drazin. (AM) 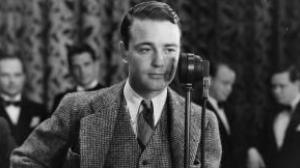 While investigating a headline-making kidnapping, a popular and feared columnist and radio host (Ayres, channelling Walter Winchell) follows a trail that leads him from drug dealers to the mafia and ultimately to the White House! "A wildly entertaining pre-Code expose on the greasy relationship between politicians, organized crime, and the burgeoning American media" (Eddie Mueller)