Before he became an Oscar-winning producer/director, the late Richard Attenborough was one of the great leading men of post-war British cinema. Frequently an anti-hero, Attenborough never shied away from taking on unlikeable characters, and his sensitive, observant approach to screen acting always brought a profoundly human dimension to even those most outwardly despicable characters he portrayed. As examples, we offer Attenborough’s turns as Graham Greene’s murderous thug Pinkie in Brighton Rock and as the notorious serial killer John Christie in 10 Rillington Place. Both films will be screened in excellent 35mm prints. 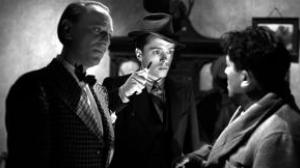 Graham Greene teamed with noted playwright Terrence Rattigan to adapt Greene’s gangster novel. In the role that made him a star, Attenborough is Pinkie Brown, a vicious but charismatic thug in a pre-war England resort town. As Pinkie manipulates women and kills off his rivals, he grapples with his own salvation; this duality is the seminal conflict in Greene’s work. 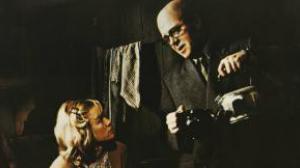 In a frighteningly real performance, Attenborough plays the notorious British serial killer John Christie, who murdered at least six women in his Notting Hill flat during the 1940s and 1950s. An equally powerful Hurt plays Timothy Evans, Christie’s neighbor, and perhaps his ultimate victim. The rigorous, but unflashy direction by Richard Fleischer makes for a gripping tale of true-crime that puts it in a league with Compulsion and The Boston Strangler, Fleischer’s other masterworks of the genre.