THE STYLISH HUMANISM OF JEAN GRÉMILLON

Our fall selections provide the opportunity to see five marvelous features by Jean Grémillon (1901-1959), one of the greatest, and unjustly neglected, of all French filmmakers. Beginning in the silent era, Grémillon became known as an efficient director of movies that reflected his dignity and moral solidity. Somewhat remarkably, the features he made were mostly studio assignments with scripts written by others, but Grémillon maintained his reputation through quality casting (he regularly worked with skilled actors like Jean Gabin, Madeleine Renaud and Raimu) and an approach to storytelling that skillfully blended reality and visual flights of fancy. Resisting German censorship, Grémillon kept his integrity during the years of the occupation by making honest and inspiring pictures that reflected the French experience, never placating to the ruling propaganda. This approach resulted in two remarkable dramas, Remorques and Lumiere D’Ètè, films that the director, and most critics, consider his personal best. Each of the Grémillon titles in this series will be screened in a 35mm print courtesy of the Institut Français. Special thanks to Amélie Garin-Davet from the Cultural Services of the French Embassy, Laurence Geannopulos from the Cultural Service at the Consulate General of France in Chicago and the Institut Français. To read more about Grémillon, visit our blog page here. 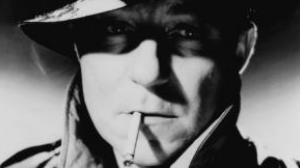 Gabin and Morgan, stars of Carné’s Port of Shadows are reunited for this marvelous love story made during the Nazi occupation of France. Gabin plays Laurent, a well meaning tugboat captain and devoted husband to an ailing wife (Renaud). When Laurent rescues the beautiful Catherine (Morgan) from a shipwreck, he is captivated by her exotic charms. Never placating to the ruling propaganda, Grémillon’s use of wistful romanticism, attention to class, and a fatalistic conclusion captures the sensibility of the period. 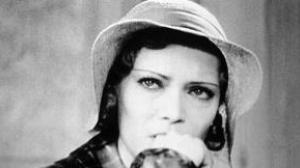 A father, sentenced for years to a prison chain gang after killing his wife in a fit of jealousy, is released. He is reunited with Lise, his now adult daughter who has committed a murder of her own. Lise will be immediately followed by Grémillon's featurette DAÏNAH LA MÉTISSE (1932, 35mm, 48 min., French with English subtitles), in which the title character is a bi-racial woman who faces dangers, along with her husband, on an ocean voyage. These two visually mesmerizing and rarely shown melodramas showcase director Grémillon’s versatile talents as he entered the early sound era. 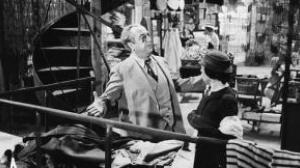 Victor (Raimu), a seemingly respected citizen and shop owner in a small provincial community, is, in fact, a murderous underworld boss. When an innocent man (Blanchar) is blamed for one of Victor’s crimes, he escapes from prison and seeks shelter with the one person he knows he can trust, the “upstanding” Monsieur Victor! Filled with humor and suffused with a glowing humanism, Grémillon’s superb film is a surprising tale without traditional heroes and villains, a movie worth comparing to the best of Jean Renoir. 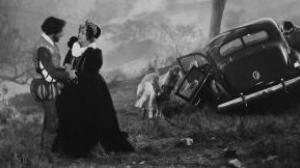 A luxurious mountaintop hotel provides the setting for a tragicomic tapestry about an obsessive love pentangle, whose principals range from an artist to a hotel manager to a dam worker. Scripted by Jacques Prévert and Pierre Laroche, the film was banned from theaters for the duration of the occupation for its dark portrayal of the hedonistic excesses of the ruling class. Today, it is often singled out as Grémillon’s greatest achievement.