In October, the Cinematheque proudly presents six of the very best features by the American filmmaker Cy Endfield, screened in conjunction with the publication of Brian Neve’s new book,The Many Lives of Cy Endfield, currently available from the University of Wisconsin Press. Endfield’s fascinating, curious and inconsistent career began in Hollywood in the post-war years, where the screenwriter and director made two of the finest and most progressive film noirs ever produced, The Underworld Story and Try and Get Me! (aka The Sound of Fury). Endfield’s one-time affiliation with Hollywood communists led to his being blacklisted, whereupon he moved to England and re-started his movie career alongside fellow blacklistees like Joseph Losey. Endfield’s European period resulted in a series of rugged action and adventure films, culminating in the masterful historical epic Zulu in 1964. Brian Neve will join us in person on October 16 to present Zulu and discuss Endfield’s work. This series has been organized with help from Jed Rapfogel, Anthology Film Archives, New York, NY. 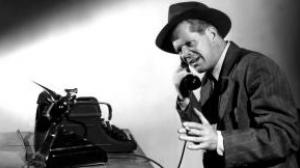 The seemingly unscrupulous out-of-work journalist Mike Reese (noir staple Duryea, at his best) borrows money from a gangster (Da Silva) to buy half of the ownership of a small New England town’s smallest paper. Reese then begins exploiting a local murder story that involves a rival publishing magnate (Marshall). One of director Endfield’s best efforts from his Hollywood years, this cracking newspaper noir has elements of both Billy Wilder’s Ace in the Hole and Endfield’s own Try and Get Me! New 35mm print courtesy of the Film Noir Foundation Collection at the UCLA Film & Television Archive. 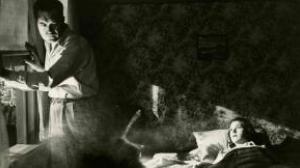 In one of his most memorable roles, Bridges plays a sharp-dressed, smooth-talking psychopath who talks sympathetic, unemployed family man Lovejoy into a string of small-time robberies. When they botch a kidnapping job, the two criminals find themselves hunted by the law and – more terrifyingly – by a bloodthirsty lynch mob. One of the best films of the 50s, Endfield’s enormously tense masterpiece is both film noir at its finest and a devastating critique of American society. 35mm restored print courtesy of the UCLA Film & Television Archive. Restoration funding provided by the Film Noir Foundation. 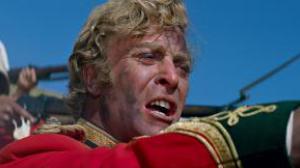 In this classic epic adventure and survival story based on an actual incident, a small troop of British soldiers defends an African mission fortress against a seemingly endless onslaught of Zulu warriors. Endfield’s glorious widescreen vistas are nobly enhanced by John Barry’s stirring music score. If ever a movie demanded to be seen on the big screen, this is it. The screening will be followed by a discussion with Brian Neve, author of The Many Lives of Cy Endfield, now available from University of Wisconsin Press. 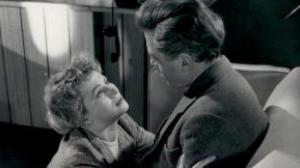 In this multi-character suspense drama that pre-dates the 1970s cycle of disaster movies, Attenborough plays an unhinged traveler aboard a commercial jet who plans on exploding a bomb mid-flight. Tension mounts as other passengers learn of the plans and they, along with the captain (Baker) and his crew, try to convince the bomber to change his mind. 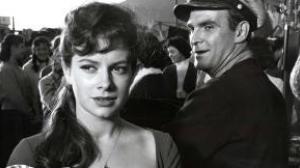 A love triangle develops among an aging tugbboat captain (McLaglen, in his final film), a sailor (Baker), and a local village girl (Bond-girl-to-be Lucianna Paluzzi), One of several projects Endfield produced in partnership with Welsh leading man Baker, Sea Fury is distinguished by its fine performances (Shaw in particular) and an exciting conclusion that involves the salvaging of a sinking freighter loaded with explosives. For these sequences of rugged men working under harsh conditions, Endfield drew inspiration from a film he admired greatly, Clouzot’s The Wages of Fear. 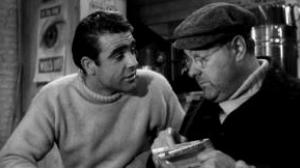 An ex-con (Baker) takes a job as a truck driver and encounters a world of dangerous conditions, murderous rivalry and corruption. Violent, fast-paced, and neatly plotted, this taut action picture from the American director of Zulu is also helped by a spectacular cast of tough guys. This screening of the uncut British version restores 15 minutes deleted for the American release.