Fall 2014 special presentations include an in-person visit from Oscar-nominated filmmaker Debra Granik (Winter’s Bone) who will join us to present her latest film, the documentary Stray Dog. Granik will appear with her film’s subject, Ron “Stray Dog” Hall. In October, we’ll screen a new 35mm black & white widescreen print of the dazzling 60s Czech masterwork, Marketa Lazarová and in November, two films by the great Billy Wilder that cynically take on Hollywood: the classic Sunset Blvd. and a restoration of the little-seen late Wilder effort, Fedora. Plus, in December, a new restoration of Bertolucci's The Conformist, and our Founder and former Director Lea Jacobs will introduce a 35mm print of Meet Me in St. Louis, just in time for you to have yourself a merry little holiday season. 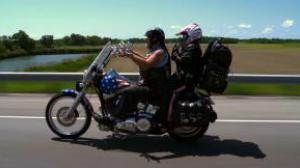 Oscar-nominated filmmaker Granik has crafted a moving, finely detailed non-fiction portrait of burly biker Ronnie “Stray Dog” Hall. A featured actor in Granik’s much-honored Winter’s Bone, Vietnam Vet Hall struggles with his past demons while trying to make a new life for himself with his Mexican bride, Alicia. Whether he’s seen riding his Harley to Washington for a visit to the Vietnam Veterans Memorial or helping Alicia’s two sons find a home with him in Missouri, Hall is revealed as a determined and big-hearted American. With abundant humor and an eye for the offbeat, Granik reveals the complex and sometimes difficult lives led by our heartland’s citizens. The director and her subject will appear in person to discuss Stray Dog after the screening. 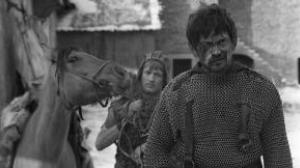 This spellbinding, poetic, and hallucinatory tale of paganism versus Christianity in Medieval times is one of the most gorgeous epics of the 1960s. Beautifully filmed in black and white widescreen, Vláčil’’s Czech masterwork has deservedly earned comparisons with Tarkovsky. The title character (Vášáryová) is a young woman in the 13th century caught up in a feud between two rival clans that transforms her from pure innocent to violent rebel. 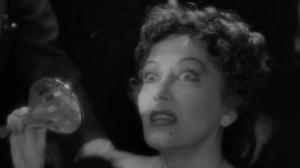 One of film history’s most unforgettable masterpieces rips the Hollywood monolith apart, exposing its corrupt and tainted nature for all to see.  Swanson plays an eerily sinister and delusional has-been actress who hires struggling screenwriter Joe Gillis (Holden) to edit her new screenplay and help jump start her floundering career.  Wilder, who shared an Oscar for writing the screenplay, deftly fuses his cynically brilliant wit with gorgeous art direction and Franz Waxman’s great score. 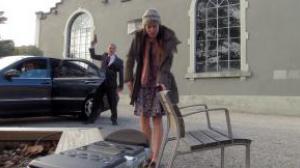 Half a century after igniting the French New Wave with his revolutionary Breathless, Jean-Luc Godard has produced his first 3D feature, a mind-blowing fusion of art and technology that seems beamed in from a future era of moviemaking.  One of cinema’s true visionaries, Godard applies his relentless creativity to 3D, using custom-made camera rigs to conjure breathtaking, eye-bending effects like you’ve never seen before, and that absolutely must be experienced on the big screen.  A magisterial meditation on philosophy, infinity, and the auteur’s own pet dog, Goodbye to Language is as dazzling and invigorating as anything in Godard's legendary filmography.  Far and away one of the most acclaimed films of the year, Goodbye to Language won the Jury Prize at the 2014 Cannes Film Festival, where New York Times critic Manohla Dargis called it a “thrilling cinematic experience that nearly levitated the theater.” The UW Cinematheque is proud to present the Wisconsin premiere of this awe-inspiring achievement; as an added bonus, our 3D screening will be introduced by UW Madison’s Jacques Ledoux Professor of Film Studies Emeritus David Bordwell, who has declared Goodbye to Language “the best new film I’ve seen this year, and the best 3D film I’ve ever seen.” Professor Bordwell will also lead a post-screening discussion with the audience. The benefit 3D screening will take place on Thursday, November 13, at 7 p.m., at the Marcus Point Cinema, 7825 Big Sky Drive, in Madison. Tickets for this screening are $20 and proceeds will benefit the UW Cinematheque’s efforts to bring digital 3D projection to our regular screening venue on campus. Tickets, $20, can be purchased through the Wisconsin Film Festival’s ticketing system here. (MK) 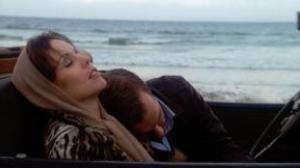 Wilder’s penultimate feature re-teams the director with frequent leading man Holden for this dissection of the Hollywood glamour myth. Attempting to make a comeback, down-on-his-luck producer Dutch (Holden) infiltrates the Greek island of the reclusive, Garbo-esque actress Fedora (Keller) in order to lure her out of retirement. A mysterious and fascinating variation on the first Holden/Wilder collaboration, Sunset Blvd., the long unseen Fedora will be shown in a restoration produced by Bavaria Media in cooperation with CinePostProduction. 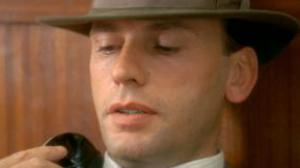 One of the most breathtakingly beautiful films of all time, Bertolucci’s master class in visual storytelling demands to be experienced on the big screen.  Trintignant (recently seen in Amour) stars as a man who, tormented by memories, joins Mussolini’s Fascists in an attempt to repress his true nature.  “A triumph of feeling and style—lyrical, flowing, velvety style, so operatic that you come away with sequences in your head like arias” (The New Yorker). (MK) 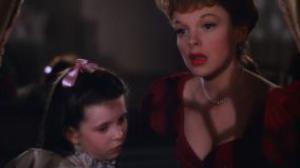 Garland stars as Esther Smith, one of four daughters of a prominent St. Louis businessman around the time of the World’s Fair in 1903.  Her world is turned upside down when she falls in love with the boy next door and her father informs the family that they are moving to New York. One of Minnelli’s first musicals, it brought us some excellent songs including “The Trolley Song”. Our Cinematheque Founder and former Director, Lea Jacobs, has personally selected Meet Me in St. Louis and she will introduce this screening.