Before he became established through his iconoclastic, emblematic work in numerous genres from the late 30s through the late 60s, Howard Hawks (1896-1977) was a journeyman director during the late silent and early sound eras, working for studios like Fox, Warner Bros., and Columbia. The work Hawks completed during this time allowed him to experiment with the sound and editing techniques and develop the themes that would be the identifying marks of his later efforts. This series includes two of Hawks’ silent features, Fig Leaves and A Girl in Every Port; pre-code goodies The Criminal Code and The Crowd Roars starring James Cagney; and Hawks’ 1932 gangland masterpiece Scarface. 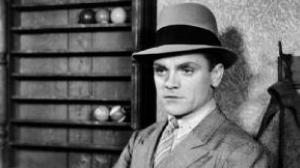 “He’s a speed mad race driver who laughs at death…she’s the girlfriend who packs dynamite in her kisses and TNT in her slaps! If they don’t make your heart pound with excitement, you’re not human!” (Let’s all pause here for a moment to mourn the lost art of film tagline writing.)  Cagney and Eric Linden star in this blazing tale of rival racecar drivers, with Blondell and Dvorak as the women who love them (sometimes both at once). Writer/director Hawks was a racer himself before going Hollywood, and deeply familiar with the dangers of the sport - his stylishly choreographed, edge-of-your-seat race scenes are littered with spectacular crashes and fiery explosions. (MK) 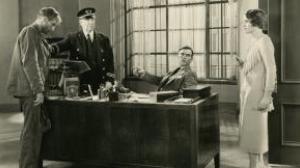 Huston is former D.A. Mark Brady, who finds himself warden of the prison where most of the men he prosecuted have been locked up. Brady takes pity on one young prisoner (Holmes) and recruits him as a servant. When the convict witnesses a brutal prison killing, he finds his loyalties torn between his benefactor and his fellow inmates. After more than 80 years, this pre-code prison drama still thrills! 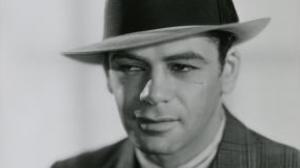 Tony (Muni) is a thug who finds that the more vicious he is, the more he thrives in the big city underworld. But his not-entirely-appropriate feelings for his sister (Dvorak) will be his undoing. Along with The Public Enemy and Little Caesar, Hawks’ masterpiece set the template for 80 years of gangster pictures, including Brian De Palma’s remake of Scarface. 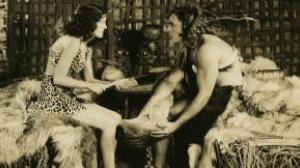 Set alternately in 1926 and a prehistoric era that surely influenced The Flintstones, this battle of the sexes comedy tells of two hard-working Adams (O’Brien) and the tough time they have in trying to please their ladies Eve (Borden). One of Hawks’ best silent movies, Fig Leaves offers an early illustration of the director’s personal code of conduct between men and women, one of the most fascinating and oft-discussed aspects of his entire career. Print courtesy of the Museum of Modern Art collection. Live piano by David Drazin. 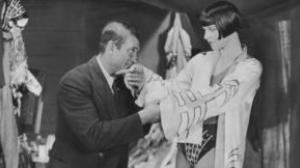 Two sailor buddies (McLaglen and King Kong’s Armstrong) travel around the world getting into several barroom brawls and falling in love with a number of exotic beauties. The tantalizing Brooks appears in a revealing leotard as a high-diving circus artist who seduces each of the swabbies and starts a feud between them. The code of men further explored by director Hawks in films such as Only Angels Have Wings and Rio Bravo, has its origins in this terrific fast-paced comedy. Print from the collection of George Eastman House. Live piano by David Drazin.