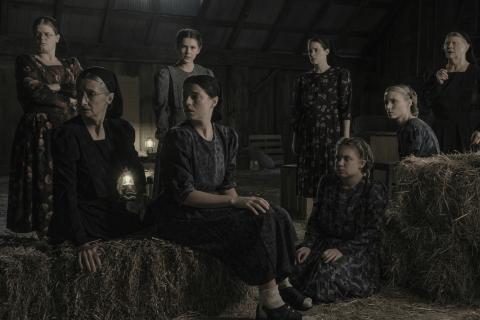 Acclaimed by critics and audiences at this year's New York, Toronto, and Telluride Film Festivals, Women Talking is the latest feature from writer-director Sarah Polley. The story centers on several generations of women in an isolated religious colony, who have gathered in a hayloft to discuss their future after a series of sexual assaults. Grappling with their faith after confronting reality, the women must decide between leaving their community or staying and fighting. An adaptation of a novel by celebrated writer Miriam Toews, who grew up in a Mennonite family, Women Talking puts the spotlight on several of contemporary cinema's finest actors: Frances McDormand, Jessie Buckley, Claire Foy, Rooney Mara, Judith Ivey, Sheila McCarthy, and Ben Whishaw. This special free sneak preview is presented courtesy of Orion Releasing and Allied Global Marketing.