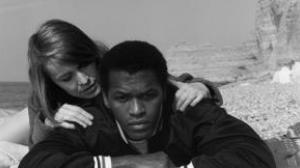 Five years before Sweet Sweetback’s Badasssss Song became a box office sensation and a cinematic cause célèbre, writer-director Van Peebles impressed critics, audiences, and cinephiles with his feature debut, an edgy and energetic study of a African-American soldier in France. In this Story, Turner (Baird) is promoted in rank and granted three days of leave in Paris, where he finds romance with a white woman (Berger), but the couple’s relationship is not without bumps and must be reckoned with as the furlough comes to an end. Adapting his own written-in-French novel, the self-taught cineaste Van Peebles crashed in on France’s nouvelle vague and created his own landmark new wave. A recent 4K restoration of The Story of a Three Day Pass will be screened. 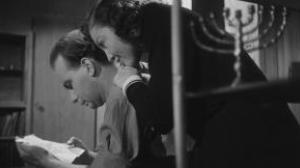 One of the first films to confront the horrors of the Holocaust remains one of the most powerful. Distant Journey draws from director and Holocaust survivor Alfréd Radok’s own experiences to tell the story of a Czechoslovak Jewish family—including a young doctor and her gentile husband—whose lives are torn apart by the terrors of the Nazi occupation, leading them inexorably to a grim fight for survival in a concentration camp. Blending expressionistic cinematography with archival documentary footage to potent effect, this harrowing vision of human atrocity was banned in Czechoslovakia for more than forty years. 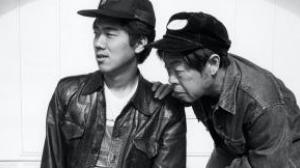 A groundbreaking independent film and Asian American cinema classic, Chan is Missing follows cab driver Jo (Moy) and his nephew Steve (Hayashi) as they search for their missing friend in a meandering journey through the streets of San Francisco’s Chinatown. Though director Wang’s second feature is styled as a noir detective story, it is more focused on revealing the mundane details and comic nuances of Chinese Americans and their everyday lives than solving the titular mystery (LKL). Co-presented with the support of UW Madison’s Asian American Media Showcase. 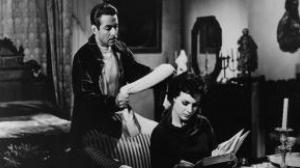 Dark and deranged even by Buñuelian standards, this pitch-black, rarely screened comedy stands among the filmmaker’s finest Mexican films. The titular Archibaldo has a fetish for murdering beautiful women, but circumstances thwart his repeated attempts to consummate his warped dream. This being a Buñuel film, the perversion is naturally played for absurdity. Newly restored 4K DCP courtesy Cineteca Nacional Mexico. (MK) 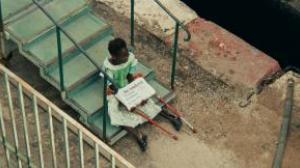 As the auteur behind Touki-Bouki and Hyenas, Djibril Diop Mambéty is a giant of Senegalese and African cinema. In the mid-1990s, Mambéty embarked on a planned trilogy entitled “Tales by Ordinary People,” though he only finished two before his premature death in 1998. This screening pairs these mid-length featurettes, both marked by a rich sense of humor, gorgeous street music, and an affectionate yet acute eye toward the poor and how they navigate cutthroat economies. In Le Franc (1994), a penniless musician glues a lottery ticket to his door, hiding this splurge from his landlady—but when the ticket actually wins, he must rip the door off its hinges and trek into town. The Little Girl Who Sold the Sun’s title is itself a sly pun, for it follows a disabled street girl who sells newspapers (“Buy the Sun!”) on Dakar turf ruled by troublemaking boys. Each film’s plot possesses a parable-like simplicity, yet Mambéty conjures a sense of bustling, bounteous life, barely contained by the frame. (ZZ) 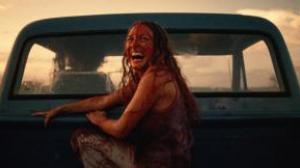 Five hippies on a road trip through rural Texas wind up in the clutches of a murderous, cannibalistic family in this profoundly unsettling modern horror classic. Nerve-rattling from start to finish, The Texas Chainsaw Massacre can be as hard to look away from as it is hard to look at. Pry your fingers from in front of your eyes long enough, and you will discover an exceedingly stylish, intelligently crafted creepshow that reveals the mark of true cinephiles behind the lens. Loaded with committed performances, graceful, fluid camera movement, and an immersive, hallucinatory sound design, Hooper’s directorial debut is the perfect Halloween treat especially in the 4K restoration that will be screened. (BR) 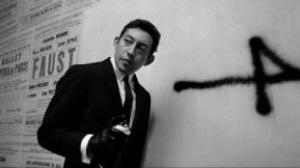 In this marvelously surreal 60s Euro oddity - part Dr. Strangelove, part Alphaville - the unforgettable Emilfork (The City of Lost Children) stars as crazed scientist Herbert Von Krantz, who’s invented a device to sterilize all nuclear weapons called “The Annulator.” A mad herd of rival spies are desperate to get their hands on the device, including legendary French singer Gainsbourg as the leader of a sect of bald, turtleneck-wearing assassins. Director Roy’s exotic camera obscura of Cold War paranoia, filmed in arresting black and white, also includes Gainsbourg performing his deranged jazz-lounge song, “Bye Bye Mr. Spy.” Hard to see after its 1967 Cannes debut and never released in the U.S., L’inconnu de Shandigor will be screened in a new 4K restoration 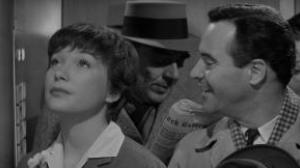 Young corporate flunky C.C. Baxter (Lemmon, in perhaps his greatest role) quickly climbs the ladder of success when he begins lending his apartment key to his superiors, who are looking for a clandestine place for their afternoon trysts. The situation is complicated when Lemmon falls for Fran Kubelik (MacLaine), the girlfriend of the top executive. Co-writer and director Wilder skewers corporate America with this great satire and love story that won Oscars for Best Picture, Best Director, and Best Screenplay. A recently created, brilliant-looking 4K digital restoration will be screened.