Premiere Showcase is the Cinematheque’s effort to bring the boldest and most exciting new cinema back to the big screen. Crafted with the same curat­orial acuity we bring to our repertory series, Premiere Showcase presents exciting new work by contem­porary directors that would otherwise have no theatrical venue in the area. Our selections for this calendar include two acclaimed films from this year’s Sundance Film Festival: the Zellner Brothers’ Western comedy Damsel and Panos Cosmatos’ visionary revenge fantasy Mandy, starring a delightfully unhinged Nicolas Cage. Also in September, Casting is a new German movie that exposes the sometimes harmful casting process for a remake of a Fassbinder classic. Plus, Egyptian filmmaker Tamer El Said will appear in person to discuss his meta-film about filmmaking In the Last Days of the City, and our annual collaboration with Madison’s Asian-American Media Spotlight brings two films to the Cinematheque: Miao Wang’s documentary Maineland and the contemplative drama August at Akiko’s. 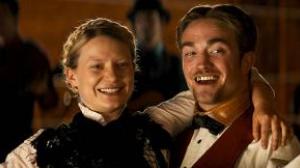 This wildly unpredictable Western comic odyssey tells the story of an ill-equipped dandy (Pattinson) who braves the American wilderness of the 1870s to rescue his beloved (Wasikowska) from outlaws. Filled with gorgeous widescreen vistas and infused with a healthy dose of gallows humor, Damsel is the brainchild of the Zellner brothers (Kumiko the Treasure Hunter) who co-wrote, co-directed, and co-star. 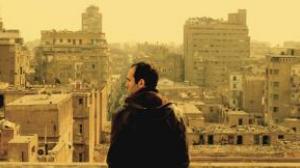 On the cusp of the 2011 Egyptian revolution, an overwhelmed young filmmaker (The Kite Runner’s Khalid Abdalla) struggles to complete a project about Cairo. This reflexive drama of creative stalemate and political alienation has won comparisons to 1960s masterworks 8 1/2 and Memories of Underdevelopment, but as an immersive portrait of a city in flux, it discovers poetry entirely its own. Director Tamer El Said will be present for a Q&A after the screening. Presented with support from UW Madison’s Middle East Studies program. Special thanks to Jonathan Howell, Nevine El-nossery and Jon Vickers. (ZZ) 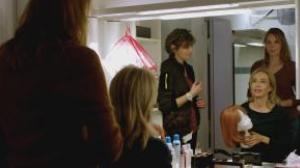 While casting for a television remake (with partial gender reversal) of Fassbinder’s The Bitter Tears of Petra von Kant, director Vera (Engel) coolly plays emotional games with her potential female leads and, in particular, with actor Gerwin (Lust). Invoking other great films about the filmmaking process including Truffaut’s Day for Night and Fassbinder’s Beware of a Holy Whore, Casting is “every bit as complex in its mapping of the emotional dynamics between volatile artists and wannabes, every bit as funny, engaging and, here and there, wrenching” (David Hudson, Fandor). 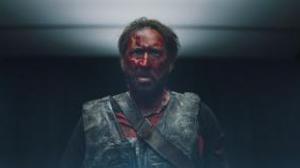 In a remote mountain community in 1983, Red Miller (a quintessentially nutty Cage performance) and his beloved Mandy (Riseborough), must face off against an army of ravaging pagans and motorcycle-riding hellborn creatures. One of the most acclaimed and controversial films from this year’s Sundance Film Festival, Mandy is a mad fever dream that reveals the stunning, singular talents of director and co-screenwriter Cosmatos, who, in his own words, is “obsessed over the minutiae of heavy metal, fantasy art, science fiction, and horror films.” “Were scientists to engineer an uncut, 100-proof cult sensation, it would probably look, sound, and kick like this” (A.A. Dowd, A.V. Club). 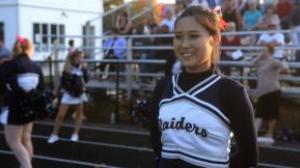 This gorgeous and thoughtful documentary by the director of Beijing Taxi follows two affluent and cosmopolitan Chinese high schoolers as they adjust to life at a small boarding school in rural Maine. Part of the enormous wave of "parachute students" from China enrolling in U.S. private schools, bubbly, fun-loving Stella and introspective Harry come seeking a Western-style education, escape from the dreaded Chinese college entrance exam, and the promise of a Hollywood-style U.S. high school experience. As the students fuzzy visions of the American dream slowly gain more clarity, they ruminate on their experiences of alienation, culture clash and personal identity, sharing new understandings and poignant discourses on home and country. After the sreening, a discussion via Skype with Director Miao Wang. Screening with the support of the 2018 Asian-American Media Spotlight. (LKL) 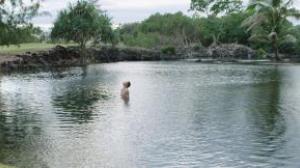 After a period of estrangement, a jazz musician returns to his Hawaiian island home and takes up residence at a retreat run by an older Buddhist woman. Trading therapeutic techniques and music, the two develop a spiritual bond. Director Makato Yogi’s debut is “a soul-deep love letter to a state that Hollywood tends to more glibly romanticize...its breezy, benevolent warmth stays with you after its immediate details begin to fade” (Guy Lodge, Variety). Screening with the support of the 2018 Asian-American Media Spotlight.