Our summer season includes seven seminal and essential masterworks from several decades of French cinema history that will be shown in new or recently restored versions. Both Robert Bresson’s Diary of a Country Priest and Max Ophüls’ From Mayerling to Sarajevo will be screened from 35mm prints. Jacques Becker’s humanist romantic comedy Antoine and Antoinette, Marcel Carné’s poetic, fatalistic classic Port of Shadows, Alain Resnais’ influential new wave masterpiece Hiroshima Mon Amour, Claude Autant-Lara’s revelatory Occupation-era farce A Pig Across Paris, and the third in Eric Rohmer’s Tales of the Four Seasons, A Summer’s Tale, will all be shown in brand-new DCPs. 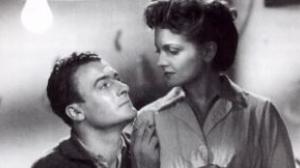 With a brisk pace and an abundance of charm, director and co-screenwriter Becker (Casque d’Or) has crafted a splendid comic melodrama. Young, passionate working-class marrieds Antoine and Antoinette live in a cramped Parisian apartment. Though happy, they believe their lives and social standing would be much improved...if only they could find that mislaid lottery ticket! Through a clever and subtle accumulation of social details and multiple, finely sketched characters, the decidedly humanist Becker creates a fully realized inter-connected universe within one block of the 18th arrondissement. 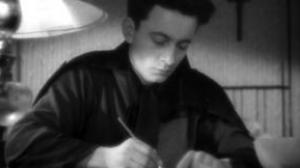 One of Bresson’s first unqualified masterpieces, Diary of a Country Priest is an adaptation of George Bernanos’ epistolary novel. “This tale of an inexperienced and ailing priest who feels tossed aside by his parishioners and by God is an immersive portrait of the dark night of a soul... it remains emotionally and spiritually vital. Largely structured around not just the priest's diary but the writing of his diary, the film draws the viewer into the priest's consciousness creating a fascinating echo chamber of sensation and interpretation in which the drama unfolds. It's a bold, revelatory example of first-person cinema.” (Doug Cummings, L.A. Weekly) A recently struck 35mm print from Rialto Pictures will be screened. 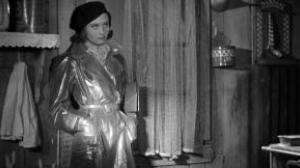 Before they teamed on Children of Paradise, director Carné and screenwriter Jacques Prévert delivered this moody and atmospheric tale of poetic fatalism, one of the great entries from the golden age of French cinema. Hiding from police in the port city of Le Havre, an army deserter and decent man (Gabin) tries to free a beautiful girl (Morgan) from her menacing guardian (Simon). With shadowy, black and white cinematography, Port of Shadows conveys an alternate, stylized universe; a heartbreakingly beautiful world of loneliness. 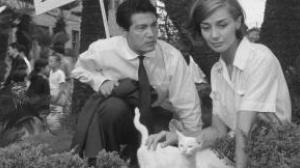 In Resnais’ celebrated collaboration with writer Marguerite Duras, a married actress (Riva, most recently seen in Haneke’s Amour) making a movie in Japan falls in love with a Japanese architect (Eiji Okada) and their affair brings back memories of her first forbidden love during the German occupation of France. This seminal nouvelle vague film introduced exciting new methods of cinematic storytelling, in particular the use of subjective flashbacks.

Set during the German occupation of France, this picaresque black comedy finds two men (beautifully personified by iconic actor Gabin and comedian Bourvil) who must transport four black-market suitcases of pork across nighttime Paris, without attracting the attention of the Nazis! Very funny and suspenseful, the odyssey of our heroes is told realistically without the stirring examples of courage that typically accompany tales of the French resistance. The rich screenplay is by Jean Aurenche and Pierre Bost, who, along with veteran director Autant-Lara, were frequently derided by Cahiers du Cinema writers and French New Wave directors as purveyors of the dreaded “cinéma de qualité.” Without irony, A Pig Across Paris is cinema of exceptional quality. 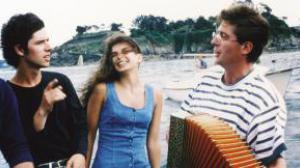 The third in Rohmer’s “Tales of the Four Seasons” series finds the shy grad student Gaspard (Poupaud) spending the summer at the beach and waiting for his girlfriend Lena to arrive. Easily distracted in love, Gaspard soon finds himself with brainy waitress Margot (Langlet), and then with boldly sexy Solene (Simon). And then, Lena arrives….Not to be confused with Rohmer’s Le Rayon Vert (released as Summer in the U.S. in 1986), this memorable outing from the nouvelle vague master is filled with “sly humor, slow-burning eroticism, and timeless behavioral insight.” (Ben Sachs, Chicago Reader) 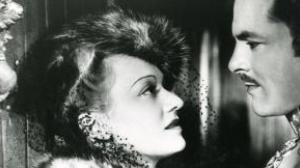 When the broad-minded Archduke Franz Ferdinand (American actor Lodge) becomes the heir to the Austro-Hungarian empire, he upsets emperor Franz Josef in his decision to marry a Czech woman (Feuillère) of much lower social standing (she’s “only” a countess). Shot and released in France just before it fell to the Nazis, this sumptuous and tragic historical romance was Ophüls’ last picture before he came to Hollywood. “An exemplary political film, the counterpart to Jean Renoir’s The Rules of the Game (from 1939) as a work of vast historical vision in a quasi-operatic form” (Richard Brody, The New Yorker).