Premiere Showcase is the Cinematheque’s effort to bring the boldest and most exciting new cinema back to the big screen. Crafted with the same curat­orial acuity we bring to our repertory series, Premiere Showcase presents exciting new work by contem­porary directors that would otherwise have no theatrical venue in the area. This season’s lineup includes highly anticipated new features by American independent artists David Gordon Green and Joe Swanberg; Hong Kong action master Johnnie To; and Jia Zhangke, one of mainland China’s most acclaimed auteurs. 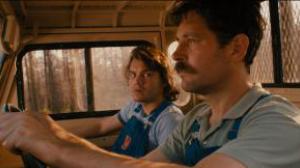 Writer/director Green (George Washington, Pineapple Express) returns to his independent roots for this warm and witty character study, which won him Best Director at the 2013 Berlin Film Festival.  Introspective Alvin (Rudd) and his girlfriend’s sex-crazed brother (Hirsch) take on summer jobs painting yellow lines on an isolated highway in 1980s Texas; like most prospective in-laws, they can barely tolerate each other.  But after toiling together for days (and more than a few drinks), their initial bickering gives way to charming banter.  This winning remake of the Wisconsin Film Festival sellout Either Way retains the wry humanity that made the original so memorable, while adding some new surprising dimensions. (MK) 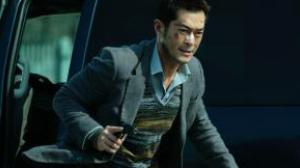 A drug lord sells out his cronies in Hong Kong action master Johnnie To’s first crime film shot in Mainland China.  As a team of cops closes in on the meth syndicate, a riveting web of doublings and double-crossings unfurls, climaxing in a series of epic gun battles.  “Exhilarating – The French Connection meets The Wire!” (Screen) 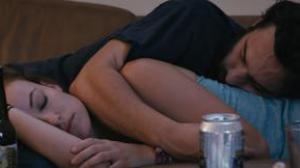 Influential independent writer/director Swanberg (Silver Bullets, All the Light in the Sky) returns with a cheerfully upbeat romantic comedy shot by cinematographer Ben Richardson (Beasts of the Southern Wild). Colleagues at a Chicago microbrewery, Kate (Wilde) and Luke (Johnson) keep their relationship strictly platonic, even when there’s a lot of drinking on the job. But when Kate splits from boyfriend Chris (Ron Livingston from Office Space and The Conjuring) and Luke spends some time apart from girlfriend Jill (Kendrick), things start to get complicated. Working with a cast of some of today’s best-known and most talented film actors (which also includes Jason Sudeikis and director Ti West), Swanberg has crafted a fun and bubbly treat. 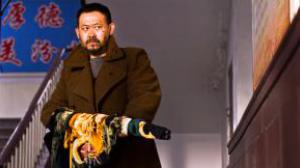 Like Wong Kar Wai with The Grandmaster, A Touch of Sin sees modern master Jia Zhangke (The World, Still Life) boldly applying his arthouse aesthetic to the violent wuxia genre.  Following four threads spread across China’s vast geography and economy, this potent critique of contemporary China was one of the most universally acclaimed films of the 2013 Cannes Film Festival.  The title is a riff on King Hu’s wuxia classic A Touch of Zen, which screened at the 2013 Wisconsin Film Festival. (MK)